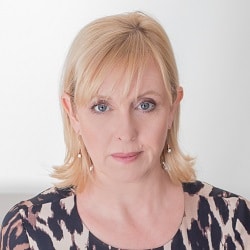 Walker-Smith: It made sense for GL to take on Shakespeare Martineau brand

The next step in the growth of legal professional services group Ampa has seen its main law firm member, Shakespeare Martineau, move into Bristol by merging with GL Law.

The deal is in line with Ampa’s strategy of investing in and bolstering the brands within the group.

Shakespeare Martineau renamed its holding LLP as Ampa last year, having in 2020 outlined a strategy to attract mergers, acquisitions and hires to a ‘house of brands’, double in size by 2023 and hit turnover of at least £200m by 2025.

In January, Ampa announced that Sussex law firm Mayo Wynne Baxter was joining the group to become the “regional legal anchor brand” for the South-East.

GL Law, however, will become part of the Shakespeare Martineau brand, taking on more than 60 people – including a team in London – and expanding its services to the creative industries and leisure and hospitality.

No redundancies are expected as part of the merger and in fact the firm is looking to recruit in Bristol.

Those with an equity share in GL Law will be transferred to equity share in Ampa and partners based in Bristol will be responsible for driving the Shakespeare Martineau brand locally.

Richard Hill, managing director at GL Law, said that although organic growth had been “the driving force behind our business for many years”, the merger would put GL Law “in a much stronger position to accelerate our ambitious growth plans”.

He continued: “There is a lot of consolidation in the legal market right now, but no one is offering what Shakespeare Martineau does. Together, we’re bringing a completely new approach to professional services in the local market.”

Sarah Walker-Smith, CEO of Shakespeare Martineau and Ampa, said: “Our house of brands strategy is a combination of introducing new standalone brands to the group or combining new teams or entities to our current brands.

“In the case of GL Law, its existing legal offering and its market, it made sense for it to join Shakespeare Martineau and expand the national reach of this brand within our group.”

In other merger and acquisition news, Harrogate-based firm Haddletons has taken over Leeds-based SCE Solicitors, which provides employment, HR support and health and safety services.

In Yorkshire, Doncaster-based Dawson & Burgess has merged with Kenyon Son & Craddock, which has offices in Thorne, Goole and Wakefield. The two firms will continue to trade under their own names for the foreseeable future.

Moore & Tibbits in Warwick has acquired Davidson Mahon, which has offices in Kenilworth and Rugby, adding five solicitors to its wills and probate team. Moore & Tibbits now has almost 70 members of staff.

Leicestershire firm Lawson West has absorbed niche commercial property firm Websters, which was based in Quorn.

South-coast firm Churchers has cemented its presence on the Isle of Wight by merging with RJR Solicitors. It now has six offices on the island.

There have also been some new firms starting business. Azam Zia and Shamiza Zia have set up corporate and commercial firm Zia Harman in Nottingham. They will also open a Lincoln office shortly, with plans to expand into London within the next six months.

In Liverpool, former Aaron & Partners partner David Mann has set up commercial litigation firm Mann Roberts. He has pledged to “always risk at least a proportion of our fee” on cases it takes on, if the clients want it.

Finally, a survey by Harbour Litigation Funders of over 200 partners at firms with at least 50 lawyers found that 39% of them planned to set up their own firm at some point.

Partners at larger firms were much more likely to cite progressing to senior management positions in their current firm (57%) and setting up their own firm as career ambitions (42%).

Those at smaller firms, by contrast, much more likely to target being regarded as an expert by their peers (52%) and doing the best possible work for clients (41%) as their career ambitions. Less than a third (31%) said they were looking to set up a new venture.