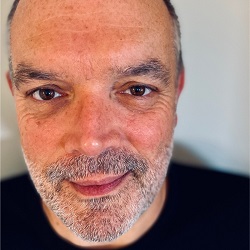 Carlisle: Client did not have the opportunity to even read the documentation

The latest battle between Slater & Gordon (S&G) and Checkmylegalfees.com (CMLF) has seen the national law firm refund £4,000 it deducted from a client’s damages where he was signed up to a conditional fee agreement (CFA) 97 seconds after receiving it.

However, the firm said it only did this because of the tragic circumstances of the case, in which its original client committed suicide.

CMLF has launched multiple costs cases against S&G, including 144 claims that challenge the sign-up process and whether the clients gave informed consent to their retainers, and another involving 140 former clients who argue S&G made a secret commission from the after-the-event insurer it used.

On Friday CMLF reported on the case of Ian Turnbull, who received physical and psychological injuries in a car crash in 2016.

Unable to work, the serious financial impact the injuries had led to Mr Turnbull losing his home and he ended up sleeping at friends’ houses and in his car for several months before moving into a caravan in June 2018.

At about that time, S&G doubled its initial valuation of the claim to £6,000. “As far as we are aware Ian was not given any further update with regard to the valuation of his claim,” CMLF said.

Mr Turnbull took his own life in November 2019. CMLF said his final texts to his mother said that he found the paperwork he had received from S&G overwhelming and that he wanted to change solicitors.

His sister Rebecca Piper, as administrator of his estate, nonetheless instructed S&G to complete the claim, which eventually settled in June 2020 for £60,000. The law firm deducted £4,052 for its fees.

CMLF was then instructed and it highlighted a recording of Mr Turnbull’s call with S&G the day after his accident, after he was patched through by his insurance broker.

He was signed up to S&G’s CFA during the call 97 seconds after receiving it by email, the transcript of the call showed.

CMLF founder Mark Carlisle said: “In our view Ian did not have the opportunity to even read the documentation that he was sent, let alone to understand it or give ‘informed consent’ to it.

“It is not even described to him during the call as a ‘contract’ that has obligations and financial consequences.”

Last July, S&G agreed to refund the £4,052, having had a similar offer rejected on 30 November 2020 because, CMLF said, it was made on the basis of the parties entering into a confidentiality agreement.

In the dispute about the costs of the proceedings, S&G was ordered to pay costs up to 1 December 2020.

Mr Turnbull’s family also has an ongoing complaint about S&G’s service at the Legal Ombudsman.

In a statement, S&G said: “The circumstances of the death of our former client Ian Turnbull in 2019 were tragic. We express our sympathy to the family of Mr Turnbull for their loss.

“This offer was made on 30 November, less than one month after the issue was brought to our attention. Unfortunately, Checkmylegalfees rejected this offer just 25 minutes after it was made.

“The matter was ultimately resolved by Ms Piper accepting a refund of the damages deduction. At a subsequent hearing, Slater & Gordon expressed concerns as to the conduct of Checkmylegalfees resulting in 90% of Checkmylegalfees costs being disallowed.”

The spokeswoman stressed that the firm remained “confident in the quality and terms of our retainers”, which was ultimately not examined in this case. Questions about the insurance were also raised but again not determined.