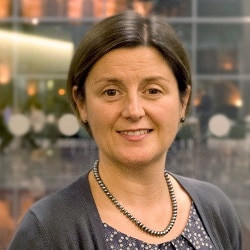 Adams: Just go for it

Female founders of legal start-ups are confronting sexism among investors, including having to answer demeaning questions like ‘have you frozen your eggs?’ or ‘can you add a man to the pitch team?’, research has revealed.

It found women-only founders raised just under 1% of the overall investment into the sector, despite more than half of new solicitors and 60% of US attorneys being female.

The results brought a call for decision-makers to ring-fence spend for businesses led by diverse teams.

The findings tally with those of US magazine Fortune, which found recently that investment in female-only start-ups had crept up to just 2.5% in the US in 2019.

Gender equality campaigner Dana Denis-Smith used Crunchbase to look at the ‘New Law’ businesses set up worldwide over the past 10 years, both general suppliers to the legal sector and legal tech. Of these, just 265 had at least one woman founder and 67 had a sole woman founder.

A subsequent survey she conducted with 64 of these female founders and co-founders, discovered over six out of 10 had raised no external investment whatever.

Respondents said questions asked of them had included whether having children was on their agenda, why they didn’t do it for free as a hobby, whether they could add a man to the management team, and whether they had had their embryos frozen.

Ms Denis-Smith, who herself founded legal services business Obelisk Support – mainly using female lawyers returning to work after having children – concluded that “determined action across the entire legal ecosystem” was needed, and investors in ‘New Law’ businesses needed to change their perceptions of women versus men.

In future, general counsel and procurement leaders “need to look at how they are allocating spend across alternative providers as well; ring-fencing spend for businesses owned and led by diverse teams”.

Speaking to Legal Futures, she said: “Under-funding affects the scale a company can reach… It is difficult to build the tech product without sufficient finance and then to get adoption and integration.”

She added: “ Also, on exit, valuations are much higher if you have a tech component in the business. So normally, less money in results in less money out.”

However, she continued that the risk profile of women founders in the eyes of investors may change if there were more and higher-value exits by women entrepreneurs in future.

So far, the only successful exit by woman entrepreneur she had recorded was by the UK founder of Peppermint Technology, Arlene Adams, who she said had raised millions from private equity investors.

Ms Adams said in her experience, gender had not been a barrier to raising funds, either for her company or for others she had helped.

“If you have a sound business plan then I don’t think investors care if your male or female. Tech has long been a male-dominated industry but that is changing and there are more woman leaders and founders emerging, which has to be a good thing.

“I would encourage any woman thinking about… investment to focus all their efforts on building a compelling and robust business plan… Just go for it.”