Sets without equal numbers of women “will lose work” 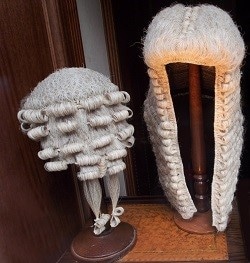 Market forces will mean that commercial sets without a diverse gender pool at all levels will soon find themselves losing work to more gender-equal sets, according to a circuit judge who has researched equality at the Bar.

It came as a specialist discrimination law barristers’ set outlined the steps it has taken to reduce discriminatory practices, including bias in work allocation, citing the need to avoid perpetuating gender and other imbalances at the Bar.

Cloisters Chambers in London’s Temple, at which almost half the barristers are women, has employed technology to monitor the allocation of both instructions and unassigned work coming in, to detect discriminatory patterns and help devise strategies to remedy the problem.

The set has also for years operated a ‘blind’ recruitment process, in which key identifying information about the backgrounds of applicants for pupillage is obscured. Half of its 10 annual mini-pupillages are reserved for less-advantaged and disabled applicants.

Writing in the latest issue of Counsel magazine, two barristers who sit on Cloisters’ management committee, Anna Beale and Claire McCann said data showed female barristers made up little more than a third of the total, while under 16% of QCs were women.

They added that the issue of unfairness in the distribution of work among practising barristers was highlighted in the summer when a four-year analysis by The Lawyer that found female barristers appeared in just 30% of Employment Appeal Tribunal and employment-related Court of Appeal hearings.

In the same issue of Counsel, Her Honour Judge Emma Nott cited a study which revealed that fewer female junior advocates appeared before the Supreme Court than would have reflected their numbers in the profession.

HHJ Nott commented the Cloisters efforts “demonstrates what is achievable when policies surrounding fairness and equality are implemented and monitored”.

She added there was no reason why any chambers should not adopt the Cloisters model.

She went on that large City law firms were increasingly insisting on gender-diverse lists when instructing counsel: “It seems likely that commercial sets without a diverse gender pool at all levels will soon find themselves losing work to more gender-equal sets; market forces may well succeed where various Bar Council and [Bar Standards Board] equality initiatives have to date apparently failed.”

The judge also predicted that “central and local government” could adopt the same approach as the solicitors’ firms “when instructing in environmental matters, care proceedings, judicial reviews, etc”.

She hailed Cloisters’ recruitment policy and the fact its management team monitored trends in allocation of work by protected characteristics, with remedial action following if any areas of concern became apparent.

Ms Beale and Ms McCann were upbeat that improvements in technology would help with monitoring. They said: “We are pleased to say that, in recent months, more advanced software has become available that seems likely to make the process of monitoring the allocation of work within chambers much more user-friendly.”

They added: “Without robust data, there is no evidential basis on which to challenge practices which may be limiting talented members of our profession and perpetuating a system where only 15.8% of our QCs are female; only 7.8% come from [black and minority ethnic] backgrounds; and only around 1% have a disability.”