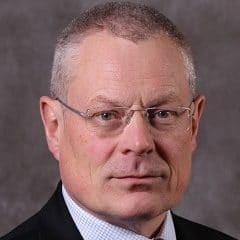 Hickinbottom: Combinations of sanctions was unusual but not wrong

A finding of serious misconduct against a solicitor does not require striking off or an immediate suspension from practice, the High Court has ruled.

But Lord Justice Hickinbottom and Mrs Justice May said that would be the result in most cases.

They were ruling on an appeal by the Solicitors Regulation Authority (SRA) against a Solicitors Disciplinary Tribunal (SDT) sanction [1] against a solicitor who it found recklessly facilitated a “dubious transaction” involving an Islamic community centre.

The tribunal heard that Manchester solicitor Mohammed Zahid Dar was persuaded by three fraudsters – who purported to be the trustees of the centre – to transfer it to a third party for no money at all, having initially instructed him to sell it to others for £1.5m.

The SDT rejected Mr Dar’s assertions that he was “not aware of any risk” and simply following instructions. Mr Dar, a solicitor of 30 years’ experience “who professed to be risk averse” and “who claimed to only accept ‘straightforward’ conveyancing matters” was aware of the risks and “deliberately closed his mind to them”, it found.

The SRA contended that the SDT had been too lenient in fining Mr Dar £20,000, suspending him for 12 months, a sanction suspended for two years, and banning him from accepting any instructions relating to conveyancing or trusts indefinitely. Mr Dar cross-appealed against the findings.

All of the appeals were rejected [2], although the court found the SDT failed to carry through its intention to impose “a suspended suspension order aligned with restriction of practice” – ie, the suspension should have been suspended indefinitely too – which would also have been in line with the SDT’s sanctions guidance.

The SRA argued that, given the “very serious” nature of the findings made against Mr Dar, the sanction should have been considerably more severe.

But the solicitor’s counsel said it was not “clearly inappropriate”, which is the test for overturning tribunal sentencing decisions.

The SRA had not alleged dishonesty against Mr Dar and the SDT had considered the restrictions of practice, reinforced by the suspended suspension, was adequate protection for the public.

The High Court agreed. “The combination of sanctions imposed by the tribunal here, whilst perhaps unusual, was not wrong…

“A finding of serious misconduct does not require striking off or an immediate suspension from practice, although no doubt that will be appropriate in most cases.

“The tribunal had heard and seen Mr Dar give evidence, and were in the best position to assess the proper level of his culpability; and the appropriate and proportionate measures that would properly protect the public and the reputation of the profession.”

“If Mr Dar breaches the terms of his restriction order (or otherwise is found to have committed further misconduct), then it is very likely if not certain that that suspension from practice will be activated. On the other hand, it is open to Mr Dar in the future to apply to have the restriction order lifted; and, if that application is successful, to have the aligned suspended suspension order also lifted.”

Earlier this month, the High Court ruled that the SDT was too lenient [3] in only fining a solicitor who had clients pay money into his personal bank account, and struck him off instead.