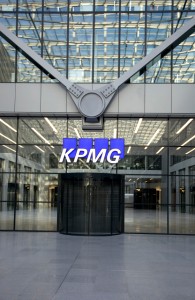 The Serious Fraud Office (SFO) has announced this afternoon that its director has opened a criminal investigation into “business and accounting practices” at troubled Quindell plc.

In a statement, Quindell said it would “continue to co-operate with all relevant regulatory and law enforcement authorities”, saying the SFO had informed it of the investigation.

The announcement follows the launch of a separate investigation today by the Financial Reporting Council (FRC) into two accountancy firms which prepared, approved and audited the AIM-listed company’s financial statements for the calendar years 2011, 2012 and 2013, and the interim results for the half-year ending 30 June 2014.

One of them is KPMG, which issued its own statement today saying it is co-operating fully with the investigation.

A spokeswoman for the accountancy giant said it was “understandable and appropriate that the FRC has decided to investigate the matter given the issues the company has faced”.

She went on: “We were appointed auditor in October 2013 and, as noted in Quindell’s annual report issued today, subsequently have worked with management, the audit committee and, more recently, the FRC to resolve various accounting matters.”

Meanwhile, a spokeswoman for the FRC said that once the investigation was complete, any misconduct allegations would be handled by a formal disciplinary tribunal, which had the power to impose unlimited fines and costs and suspend accountants from membership of their professional bodies.

The FRC said in a statement that the annual report and accounts for the year ending 31 December 2014 published by Quindell today contained “substantial restatements of prior year revenues, profits and net assets, including corrections and adjustments” in response to issues raised by the FRC’s conduct committee.

The council said a note to the company’s accounts explained that Quindell had “revised its accounting policy for claims management revenue recognition and certain related costs reducing 2013 revenue by £109 million and profit after tax by £130 million”.

“The committee notes that the directors and auditor have reported that it has not been possible, so far, for them to determine that all material errors and omissions arising from historic transactions have been identified.

“The directors have provided the committee with an undertaking to keep it informed and make such corrections as may be necessary.”