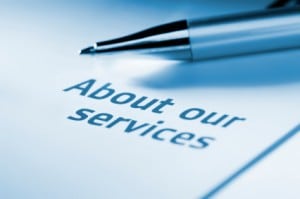 The Legal Services Consumer Panel has given “qualified support” to plans by the Solicitors Regulation Authority (SRA) to rewrite the separate business rule (SBR).

The panel said the existing rule had “fallen into disrepute” and no longer protected consumers.

Further, it limited choice and had a “chilling effect” on innovation.

“The panel remains concerned about loss of consumer protection and the increased scope for confusion. However, the SBR has become anachronistic in an economy where there is consumer demand for legal and non-legal services offered through a variety of business models.

“We are also swayed by the need for radical changes to unlock the competition and innovation that is urgently required to address the huge levels of unmet need.

“With a strengthened set of safeguards than currently proposed and active monitoring, the substantially revised SBR would seem a proportionate response to the risks facing consumers.”

The panel called for the safeguards in the SRA plans, which take the form of outcomes rather than prescriptive rules, to be extended.

Instead of banning referrals to unregulated services in specified areas of probate, litigation and family work, the panel said the SRA should ensure that “prohibited referrals cover all high-risk areas of law”.

The panel said its support for the SBR was also conditional on the proposed “information remedies” – designed to prevent clients becoming confused about the level of protection they are getting – being subjected to “rigorous” consumer testing.

“We also expect to see an active supervision regime put in place, at least in the first few years as the market adapts to change.”

The panel said that although its remit was confined to legal services, there were “clear advantages” in allowing law firms to offer “one-stop shop advice”, including services such as accountancy.

It agreed with the SRA that solicitors that provide unregulated services through separate businesses should not refer to themselves as “non-practising solicitors”.

The SRA’s plans have been strongly attacked by the City of London Law Society, which warned of “irreparable damage” to the solicitor brand and by Chancery Lane, which suggested that the legal services market could become “destabilised”.