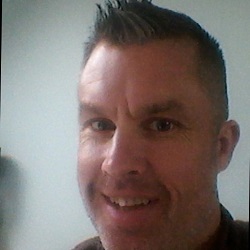 A senior solicitor at the Environment Agency has won his libel action against the owners of a garden centre business who accused him of professional misconduct in prosecuting one of them.

After he successfully prosecuted one of its directors for environmental offences, Joyners Plants posted a press release on its website – which it circulated to local councillors, media outlets and MPs – accusing Mr Sadler of serious professional misconduct in how he pursued the case.

It accused him of inducing a convicted criminal to concoct false evidence, pursuing a prosecution which had no prospect of success and of being a solicitor willing to go to any length to obtain a conviction, whether fair or not.

In a preliminary ruling on meaning, the High Court in December held that the press release was defamatory. The defendants then accepted liability and agreed to pay Mr Sadler damages and costs.

In a joint statement in open court on Monday, the defendants retracted the false allegations and apologised “unreservedly for the damage and upset”.

In a statement published on its website, the company added: “To demonstrate the sincerity of this apology, Joyners Plants have also paid Mr Sadler compensation and his legal costs.”

Mr Sadler said: “I am delighted to have been fully vindicated in respect of the very serious and damaging allegations which had been published about me and to have received the unqualified apology in court.

“The accusations went to the heart of my hard-won professional reputation and I had no option but to take action to clear my name.”

“However in this case Mr Sadler was left with no choice because of the groundless and upsetting attack on his integrity. The apology given by the defendants in open court completes the vindication he deserved and required.”