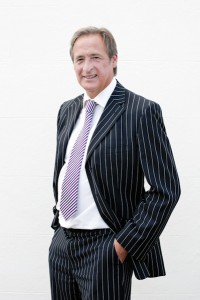 David Hassall, a senior partner turned barrister whose career mirrors recent changes in legal services, has set up an alternative business structure – which he intends to operate on a ‘John Lewis’ profit share model.

Mr Hassall was a solicitor for 30 years and senior partner of West Country firm Bartons, before becoming a barrister, then a direct access barrister, then doing litigation and finally, this month, obtaining an ABS licence for DavidHassall.com.

He said client demand persuaded him to work on a direct access basis and take advantage of the ability of barristers, from the start of this year, to carry out litigation.

Mr Hassall is regulated by the Bar Standards Board (BSB), the ABS by the Solicitors Regulation Authority (SRA). He told Legal Futures he did not want to wait for the BSB to regulate entities, which has now just commenced.

“This is the way the law business is going to go,” Mr Hassall said. “I wanted to take advantage of the moment.”

Specialising in an eclectic mixture of white collar crime, marine and agricultural work, he said he was “very happy” with his current status as a barrister, allowing him to practise law from offices in Kingsbridge, Devon, and supervise “those who help me”, while remaining a member of 4-5 Gray’s Inn Square.

His ambition for the ABS, he said, was to create a “new type of practice” along the Waitrose/John Lewis model, combining a traditional law firm with a “modern platform”.

Mr Hassall went on: “I want every person coming in, every client to feel they have the equivalent of a personal banker. Clients will receive fee-earners’ mobile phone numbers.

“When I was at the Bar, I realised I had paid so many people not to pass messages onto me. Since I handed out my mobile number to clients, it has only been abused once.

“The way the ABS develops will be by customer demand. There is a resistance to the steel and glass temples of profit operated by the larger practices. People want a personal approach where they are not dealing with a pyramid structure.”

He said the ABS would take on a number of new staff in the new year, and there were “an awful lot of junior members of both professions currently struggling to find employment”.

Mr Hassall said he wanted everyone who worked for the firm to have shares, subject to compliance with the SRA code of conduct, so they could all share in the profits.

He said the services offered by the ABS next year would depend partly on the staff recruited, but he wanted it to combine commercial fraud with “regulatory work of all kinds – from abattoirs to zoos”, and some commercial property.

Speaking before Christmas, Mr Hassall said he would be redesigning the ABS over the festive period. He is currently head of legal practice, while his wife, Caroline, is head of finance and administration, supported by an accountant. The ABS also employs a solicitor, who works full-time as a consultant.

Mr Hassall is currently one of three directors, but he said this would also change as a result of the restructuring, along with, at some point, the firm’s name – though the name would stay for the “foreseeable future”.

Despite describing himself as offering a “bi-focal approach” on his website, Mr Hassall said he did not believe solicitors and barristers should become one.

“The training, I’ve discovered, is quite different. A lot of people who wish to be solicitors would not want to be barristers, and vice versa.”