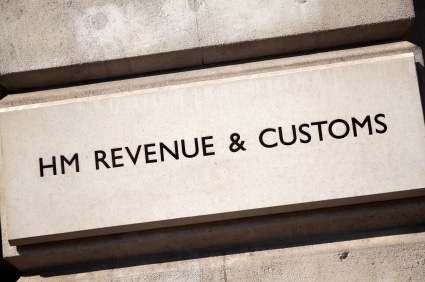 A senior partner whose firm’s involvement in stamp duty land tax (SDLT) avoidance schemes brought in £52,000 in fees – but cost the taxman at least £3m – has accepted a £1,500 fine

John Andrew Healy, the chairman and founder of London and Brighton firm Healys Solicitors. admitted that he failed to ensure the disclosure of material information to lender clients, and allowed the firm to act in transactions where there was a conflict or a significant risk of a conflict between the interests of two or more clients.

It is the latest of many disciplinary actions taken against solicitors for involvement in SDLT schemes.

A regulatory settlement agreement published yesterday by the Solicitors Regulation Authority – meaning that Mr Healy will not be referred to a disciplinary tribunal – recorded that the firm initially said it had undertaken 96 conveyancing transactions where clients had been party to an SDLT scheme, resulting in at least £2.8m being avoided. It later increased the number to 158 transactions, and it also acted for the mortgage provider in 89 of them.

In addition to its usual conveyancing fee, the firm also received at least £52,000 in total from the promoters of the schemes for implementing them. However, it said this was no more than 1% of the firm’s total revenues.

The agreement said Brighton-based Mr Healy was the head of the residential conveyancing department at the relevant time and was ultimately responsible for deciding whether to be involved in the schemes.

There were four major schemes used, all of which involved one or two subsequent contracts to the original purchase agreement. These contracts were left in abeyance – usually with completion dates of 124 years in the future – and not registered against the title. The consideration which was relevant to the calculation of stamp duty was that paid at the first stage of each scheme, and set below stamp duty levels.

HMRC issued technical newsletters in August 2007 and June 2010 to highlight that it did not consider SDLT schemes to be legitimate tax avoidance schemes. Healys started working with the schemes in December 2011 for about 18 months.

The agreement said that, unless the lender’s terms made a specific request, the firm did not tell them that the purchaser client was using an SDLT scheme or how the transactions were structured.

“Therefore the firm did not give material information to the lenders which enabled them to reach an informed decision as to whether to proceed with the mortgage offer or renegotiate terms.” This was also a conflict of interest.

In his mitigation, Mr Healy said HMRC had not formally challenged any of these schemes in the First-tier Tribunal but had brought in retrospective legislation.

Also, he said, the firm had concluded there was no risk to lenders and so did not have to disclose the use of the schemes, and also received advice from two regulatory QCs to that effect

However, once the SRA’s investigating officer said the schemes should be disclosed to lenders, the firm began to do so – and lenders said the firm could not proceed with their mortgage in fewer than 50% of cases thereafter, Mr Healy said. The firm ceased implementing any schemes shortly after.

He also argued that the investigating officer acknowledged that the firm did not operate the schemes to the detriment of borrower clients.

Finally, “the firm considers that it did not have a reckless disregard for the interests of lender clients and believes that it has an excellent risk management reputation evidenced, for example, by a successful Lexcel assessment in January 2014”.