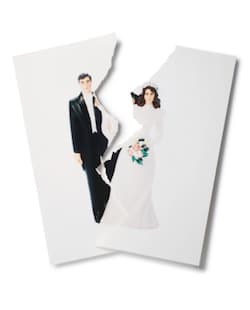 A divorcing husband’s income was equivalent to that of senior judges and more than sufficient for his post-divorce needs, the High Court has ruled.

Mr Justice Holman also expressed his dismay at the “destructive litigation” that had swallowed up much of the marriage’s assets.

Daga v Bangur [2018] EWFC 91 was the husband’s claim for a lump sum payment or other capital provision from the wife amounting to £1-1.5m.

This left £85,000 per annum, “which happens to be about the same as the entire net income from salary of a senior circuit judge”.

Looking at his annual expenditure, “it is simply beyond argument that the husband can sustain into the foreseeable future a very good lifestyle, entirely comparable to that enjoyed during the marriage, without the need for any capital provision at all, but based (as it always has been) on renting”.

Holman J ordered that there be a clean break with no capital payment from the wife.

The judge found it “tragic” that the parties spent or incurred between them over £1m on legal costs.

About £380,000 related to litigation about their son, but almost £650,000 was spent litigating over finance – a sum that “could have made a very large contribution to the purchase cost of the sort of flat the husband now aspires to buy”.

He continued: “As it is, the savings of around £150,000 which the husband had accumulated during the course of the marriage by the time of separation have been wiped out, and each party now has considerable debts. There are now in this case no liquid matrimonial assets nor any ‘acquest’ [property acquired other than by inheritance] at all, but only large debts.”