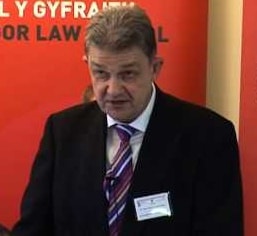 McCloskey: tribunal had to succumb to blackmail

A senior judge has accused solicitors of “blackmailing” the immigration tribunal in an extraordinary attack that also branded their conduct as “disgraceful” and “shameful” in not pursuing the appeals they had lodged.

Mr Justice McCloskey, president of the Upper Tribunal (Immigration and Asylum Chamber), also warned that some barristers had wrongly seen their role as protecting their instructing solicitors, rather than acting for their clients.

The judge started his comments in VA (Solicitor’s non-compliance: counsel’s duties : Sri Lanka) [2017] UKUT 12 (IAC) by saying how the Upper Tribunal was from time to time prevented in providing a professional service to the public “by the conduct of legal representatives”.

He said this was the latest of a spate of cases in his lists in recent weeks where this problem had occured.

He continued: “The tribunal was blackmailed in this case by the appellant’s representatives on a previous date, 14 July 2016…

“This is aptly described as ‘blackmail’, in the figurative sense, because while the tribunal could have refused to adjourn the hearing and insisted upon proceeding, this was in truth a theoretical possibility only given the virtual inevitability that any constitution of the tribunal would have given paramount importance to the Appellant’s right to a fair hearing – in this discrete context, a professionally prepared and properly presented hearing.”

“The tribunal has been blackmailed again today. This requires no elaboration.”

Linking to his decision on 1 December in Shabir Ahmed & Ors (sanctions for non-compliance) [2016] UKUT 562 (IAC), McCloskey J said: “The Upper Tribunal has broadcast to the legal profession that it will not hesitate to have recourse to the full panoply of powers at its disposal to prevent this kind of shameful event materialising.

“That order reminds the profession, as I do once again today, that those powers include the initiation of contempt of court proceedings, wasted costs orders and the publication of rulings of this kind on the tribunal’s website.”

In the Ahmed ruling, the judge complained how scarce judicial and administrative resources “have been wasted in dealing with repeated unmeritorious requests by the appellants’ solicitors for an adjournment of today’s hearing”.

“These proceedings, in the Upper Tribunal, have been extant for some five months. During this period no representative has requested a case management hearing or has applied for any variation, or sought clarification of, the Upper Tribunal’s directions.

“No hearing bundle or skeleton argument has been provided by the appellants’ representatives.

“On the eve of today’s hearing it became apparent that at least one of the counsel apparently ‘instructed’ had received no papers from his instructing solicitors. Still further tribunal resources, which took the form of, in effect, constructing a brief for counsel, were wasted in consequence…

“To describe this state of affairs as grossly unsatisfactory is an acute understatement. The Upper Tribunal has been treated with sustained and marked disrespect. The conduct of these appeals has been cavalier and unprofessional. The rule of law has been weakened in consequence.

“Disturbingly, there have been multiple recent examples of similar conduct and misconduct.”

In VA, McCloskey J said the tribunal “succumbs to the blackmail which today’s state of affairs entails and adjourns the hearing”.

He added: “While there are, I trust, many lessons to be learned, I would highlight one in particular. Where solicitors default in their conduct of proceedings, whether by non-compliance with procedural rules or practice directions or specific case management directions or otherwise, it forms no part of instructed counsel’s duty to defend the instructing solicitor.

“The misconception to the contrary was evident in the present case and has manifested itself in others. Counsel represent their client: they do not represent their instructing solicitor.

“Counsel must also be alert to the inevitability of a penetrating judicial enquiry in cases where professional default of the kind manifesting itself in this appeal occurs. It would be prudent of counsel to proactively ensure that the instructing solicitor is in attendance at the hearing in such cases…

“The tribunal will not expect to hear from counsel – unless personally implicated – in circumstances of this kind. Rather, the solicitor having carriage of the case, must, proactively and fully equipped, attend.”

McCloskey J said it “almost defies belief” that the appellant’s solicitor was not in court, but in an addendum to the ruling said they did attend the following day.

“An explanation was provided. While this qualified for a degree of sympathy, it did nothing to allay the tribunal’s concerns about the conduct of this appeal throughout.”