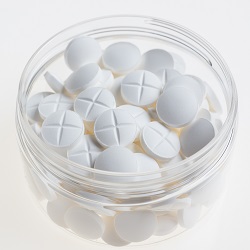 Pills: CPS should have made adjustments

The Crown Prosecution Service (CPS) has admitted discriminating against a disabled senior prosecutor by failing to allow him to work from home or return home early to take medication for a heart condition.

Employment Judge Hawksworth acknowledged that he “clearly has genuine reason to be aggrieved about his treatment. Significant elements of his grievance complaint were upheld”.

However, the incidents of harassment and victimisation about which Mr Mohammed complained were unrelated to his disability, “or were caused or aggravated by the claimant over-reacting, being confrontational in approach or being defensive in response to errors by him” or in responding to “genuine concerns” about his performance.

She rejected his application for an injunction “to prevent senior managers, lawyers, staff and legal clerks from spreading malicious rumours and gossip about him”, on the basis that the tribunal did not have the power to do so.

The tribunal heard that Mr Mohammed was employed by as a senior Crown prosecutor from October 2004.

He was based at the CPS office in Guildford, Surrey. He had a heart attack in October 2014 and had to take sick leave. He was dismissed in April 2020.

Mr Mohammed’s first claim against the CPS was due to be heard in September 2017, but it was not until the end of 2019 that there was a full hearing, with further hearings in July this year.

Judge Hawksworth said that the CPS admitted in September 2019 to a continuing failure from 2015 to make reasonable adjustments.

These should have involved allowing Mr Mohammed to work from home for two days a week, reducing his workload to “alleviate his stress”, reducing his working hours so that he could finish by 4pm and take his medication at home, and allowing him to perform “some court duties”.

The CPS also admitted disability discrimination by failing to take action, having received reports from its occupational health adviser, and by removing the barrister from court duties.

Following the most recent hearing, though, the tribunal did not find for the barrister over nine instances of alleged harassment and seven of alleged victimisation.

Judge Hawksworth said that, on five occasions between November 2015 and February 2016, there were errors or delays in the court rotas which Mr Mohammed found “frustrating and stressful”.

However, they did not amount to harassment in terms of “violating the claimant’s dignity or of creating an intimidating, hostile, degrading, humiliating or offensive environment for the claimant”.

Although a member of staff questioning Mr Mohammed about his flatulence, caused by his medication, was related to his disability, it did not amount to harassment.

Saying ‘Do you have to do that?’ – not knowing it was disability-related – was “not an unreasonable question to ask, when there had been repeated incidents of flatulence in a small office”, the judge said.

She added that the reason why Mr Mohammed’s manager concluded that the barrister had failed to review five cases to the standard expected was because of her “genuine and justified concerns about his performance”, and not because he had requested reasonable adjustments.

Mr Mohammed also claimed that the CPS had committed indirect discrimination by failing to renew his practising certificate for 2017/18.

However, the judge said: “There could be no impact on the claimant’s status arising from not having a practising certificate. He was still a barrister but was not a practising barrister because he was on sick leave.

“The non-renewal of the claimant’s practising certificate accurately reflected his professional status during his sick leave.”

Judge Hawksworth said the question of remedy for the discrimination suffered by Mr Mohammed would be decided at the next hearing. She refused his application for an interim payment because the tribunal did not have the power to make one.