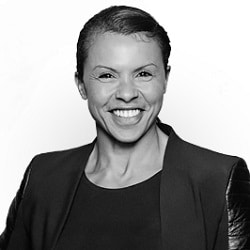 Direct access barristers can be looked down on, and ignored by legal directories, because they do not have solicitors or other professional clients singing their praises, a leading family law specialist has argued.

Maria Scotland, joint head of the family team at 5 St Andrew’s Hill chambers, said she could not see a “positive” reason why the directories existed.

Writing in this month’s edition of the Bar Council’s Counsel magazine, Ms Scotland said a growing proportion of her work was direct access.

She said the “upside” of direct access work was that fees were paid upfront in full and were generally higher than through a solicitor. She formed good relationships with clients and job satisfaction was high.

Ms Scotland said the downside was that some in the profession looked down on direct access work and she had “fallen out” of the Bar directories.

“Praise and accolades at the Bar are often reserved for those who serve well-heeled solicitors or other professional clients.

“In my view, chambers doing this type of work on a regular basis are therefore not seen as terribly good and I feel I fall into the same category – until I’m in a case and then I get treated no differently; neither the judge nor my opponent care that I am direct access.”

Speaking to Legal Futures, Ms Scotland said that, two days after the article was published, she was a contacted by a legal directory and restored to its rankings.

“I actually cried when they told me, because it’s so important for us to be told that we are good enough.”

Despite being ranked again, Ms Scotland said there was “something wrong” with the system.

She said there was a case for a separate directory for direct access barristers, but that could itself be looked down on. Another idea would be to incorporate a poll of clients.

A further option would be simply not to have any directories and “end a system of ranking by your peers, your work colleagues and your mates”.

She went on: “Do we need to rank each other? Could we not just do our jobs? Is it appropriate in an age where we’re trying to break down barriers so we have not got just a white, middle-class, male Bar?”

Ms Scotland said Black Lives Matter had shone a “spotlight” on discrimination at the Bar, and chambers have changed their policies to make them more inclusive, but everyone still operated under a ranking system that was “completely and utterly” discriminatory.

Ms Scotland said she had been ranked by the directories since 2010 after winning an award for her pro bono work.

After she moved to her current chambers and began to work part-time because she was a single mother with a special needs child, she fell out of the rankings.

The barrister said failure to be ranked had no impact on the amount of work she received or her billing, but it “made me feel I was not good enough”.

Ms Scotland said that to be ranked the directories ask for the names of solicitors who can be quoted. The “better sets of chambers” in terms of getting the highest-value cases tend to be instructed by the “better firms of solicitors”.

She said barristers could also ask their opponents in cases for reviews, which they would agree to if you promised to return the favour.

“A lot of scratching of backs goes on. Anybody trying to get into the directories has an enormous hurdle to get over.

“In this climate, are we really saying the Bar is open to everybody? The answer to that question is no.”