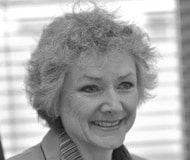 Dineley: ruling will provide comfort to a wide range of businesses

The case of the law firm partner required to retire at 65 has finally reached an end after an employment tribunal rejected the age discrimination claim brought by Leslie Seldon against Kent firm Clarkson Wright & Jakes.

After the principles behind the case had gone all the way to the Supreme Court – with Mr Seldon losing at every level – the tribunal ruled that imposing a retirement age struck an acceptable balance between the needs of the firm and of the individual partners.

While the mandatory retirement age could not be justified on the basis of the desire to limit the need to expel partners by way of performance management, thus contributing to the congenial and supportive culture in the firm, attracting and retaining talented solicitors and facilitating workforce planning were legitimate aims.

According to Rachel Dineley, an employment partner and head of the equality and discrimination unit at City law firm DAC Beachcroft, “in assessing whether these two aims were achieved by proportionate means, the tribunal considered whether the selection of age 65, specifically, was warranted. Mr Seldon himself described the age as ‘a reasonable target’ and it was not an age with which any of the partners had disagreed. Furthermore, the partners were in an equal bargaining position when they consented to the inclusion of the rule in their partnership deed”.

“The tribunal made clear that there has to be a balance between the needs of the firm and of the partners and associates. Along the way, it took account of the fact that Mr Seldon had consented to the retirement age and noted that at the relevant time (December 2006) the default retirement age for employees was 65, when salaried partners and associates could be required to retire. This was thought to be helpful.

“The fact that the state pension age was 65 for men (and earlier for women) was relevant although not a significant factor.”

She said the tribunal found there is a narrow range of retirement ages – perhaps from 64 to 66 – any one of which would achieve the two identified aims. It was noted that the position might be different if the relevant date had come after the abolition of the default retirement age and after the planned changes in the state pension age.

Ms Dineley said the ruling will “provide comfort to a wide range of businesses where, in appropriate circumstances, there is a clearly perceived need to impose a retirement age, notwithstanding the abolition of the default retirement age in 2011.

“It does not provide a carte blanche for employers to introduce their own retirement age in the absence of clear justification. What will be justifiable is contingent upon the employer establishing a legitimate aim or aims and demonstrating, both with tangible evidence and the application of common sense (but without stereotyping) that the retirement age is appropriate and reasonably necessary to achieve those aims.”