Security services “given licence to snoop” on privileged legal communications 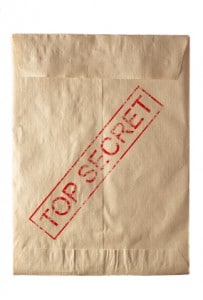 MI5, MI6 and GCHQ have for years advised staff that they may “target the communications of lawyers” and use legally privileged material “just like any other item of intelligence”, it was claimed yesterday after campaigners won the release of secret government policies.

The disclosure comes in response to a case brought in the Investigatory Powers Tribunal by the al Saadi and Belhadj families, who claim they were subjected to rendition and torture in a joint CIA-MI6 operation.

Both families – assisted by legal charity Reprieve and solicitors Leigh Day – have brought litigation about the kidnappings. Leigh Day bought the claim to the IPT alleging that privileged material may have been intercepted by the intelligence agencies, which could have given them an unfair advantage in court.

The GCHQ policy states that “you may in principle target the communications of lawyers”, while MI5 tells its intelligence officers that “in principle, and subject to the normal requirements of necessity and proportionality, legal professional privilege material may be used just like any other item of intelligence”.

Reprieve claimed that there was a lack of effective information barriers between the intelligence officers carrying out interception and the agencies’ legal staff.

“The documents show that MI5 only put in place such barriers in January this year – once the tribunal claim was already underway and a judicial review was threatened – while MI6 has almost no guidance for its officers on the interception and use of legally privileged material.”

The charity said that although there was no indication that the documents contained any national-security sensitive material, the government had previously claimed that they could not disclose them on this basis – before agreeing to do so last week.

Cori Crider, a director at Reprieve and US counsel for the Belhadj and al Saadi families said: “It’s now clear the intelligence agencies have been eavesdropping on lawyer-client conversations for years. Today’s question is not whether, but how much, they have rigged the game in their favour in the ongoing court case over torture.

“The documents clearly show that MI5’s and GCHQ’s policies on snooping on lawyers have major loopholes. And MI6’s ‘policies’ are so hopeless they appear to have been jotted down on the back of a beer mat. This raises troubling implications for the whole British justice system. In how many cases has the government eavesdropped to give itself an unfair advantage in court?”

Richard Stein, a partner at Leigh Day, added: “After many months’ resistance, the security services have now been forced to disclose the policies which they claim are in place to protect the confidential communications between lawyers and their clients.

“We can see why they were so reluctant to disclose them. They highlight how the security services instruct their staff to flout these important principles in a cavalier way. We hope the tribunal will tell the government in no uncertain terms that this conduct is completely unacceptable.”