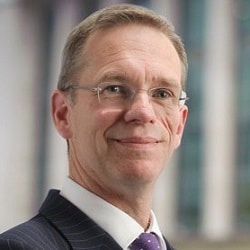 HHJ Halliwell: EAD had no prospect of defendant the claim in relation to two loans

The High Court has issued a second summary judgment ruling against EAD Solicitors arising from the alleged fraudulent activities of a businessman in collusion with a former partner of the Liverpool law firm.

EAD is in administration – the business was bought in September 2018 by Simpson Millar – but is facing claims of at least £15m, according to the decision involving a property developer and former solicitor, Robert Ware, and EAD’s one-time head of commercial property Jonathan Gorman.

His Honour Judge Halliwell, sitting in Manchester as a High Court judge, said: “It appears to be accepted that legal claims amounting to at least £15m have been advanced against EAD and it is suggested that a substantial number of the claims arise from fraudulent activities on the part of Mr Ware in which Mr Gorman is likely to have colluded”.

But he also noted that while action was taken at one point to prosecute the pair, “once the criminal proceedings were placed in the hands of the Crown Prosecution Service, a decision was apparently taken not to pursue these proceedings further. Messrs Ware and Gorman have not been convicted of a criminal offence”.

However, Mr Gorman – who left EAD before its acquisition – is due to appear before the Solicitors Disciplinary Tribunal to face allegations that, between January 2016 and June 2017, he acted in one or more property transactions in which he failed to properly advise his clients and/or protect their interests; he failed to perform an undertaking which he had given to a purchaser’s solicitors; and caused or allowed EAD’s client account to be used as a banking facility by means of payments to third parties.

The allegations are as yet unproven.

In May, we reported on a decision granting limited summary judgment in an action brought over EAD’s failure to register the new ownership of a property, which allowed the previous owner, a company whose sole director was Mr Ware, to borrow against it.

The latest ruling arose from four loans amounting £800,000 by LIV Bridging Finance Ltd relating to the development of land. Mr Gorman is alleged to have handled each transaction on LIV’s behalf.

The claim is based on the proposition that he paid away the loan monies contrary to instructions without ensuring that they were secured by a first legal charge over specific properties.

LIV’s stated causes of action are breach of contract, negligence and breach of trust, although it focused its summary judgment on its claim for equitable compensation, limited to £1m.

Mr Ware is alleged to have introduced LIV director Ian Livingstone to Mr Gorman and recommended him as a conveyancing solicitor.

HHJ Halliwell said that, although EAD was defending the proceedings without Mr Gorman’s co-operation, it had put LIV to proof on important aspects of its case and argued that it had a real prospect of successfully defending the claim.

A witness statement from EAD’s solicitor said that, having re-possessed Mr Gorman’s mobile phone following the termination of his employment, they discovered some 4,000 text messages between Mr Gorman and Mr Livingstone.

“It is submitted that EAD should be provided the opportunity to examine the relationship between Mr Livingstone and Messrs Gorman and Ware at trial.”

In relation to two of the loans, EAD admitted the essential elements of LIV’s case but put the claimant to proof on the other two.

The judge was satisfied that EAD did not have any realistic prospect of successfully challenging LIV’s case in the absence of evidence from Mr Gorman or, at least, one of his working colleagues at EAD.

“LIV’s case is founded on the basis that, when Mr Gorman paid away the funds, he did so knowingly in breach of his instructions and the conditions upon which the funds were held.

“In my judgment, having established the relevant breaches, it is indeed an inescapable inference that Mr Gorman paid out the monies in the knowledge that this was contrary to his instructions and the conditions on which they were held so as to give rise to a breach of trust.”

When it came to showing that LIV sustained a loss arising from the loans for which it was entitled to equitable compensation, HHJ Halliwell found EAD had no real prospect of successfully defending the claim in relation to two of them and ordered summary judgment for £250,000.

But the position in relation to the other two loans was “very different” and there were aspects of LIV’s case which required investigation at trial, he said.

In a statement, Simpson Millar said: “EAD delivered a great service to a great number of clients in Liverpool for many years, especially in its core areas of trade union work and personal injury work. This is a legacy we want to continue.

“Since Simpson Millar acquired EAD in 2018, the focus has been on preserving all that was positive and saving jobs.

“Sadly, the damaging actions of Mr Gorman have had far-reaching consequences, and it is one of the main reasons why EAD entered into administration in the first place.

“We were aware then of the ongoing SRA investigation into Mr Gorman, and the transaction would not have gone ahead unless we were satisfied that appropriate arrangements were in place with the firm’s existing insurers to ensure that former clients of EAD had redress.

“Simpson Millar is not the successor practice to EAD and the recently reported court decisions do not involve the firm in any way. The decisions arose from events which occurred prior to Simpson Millar’s acquisition.”

According to the report of EAD’s joint administrators in October 2018, the claims brought against the firm as a result of the actions of a “commercial property solicitor” recruited the previous year led to its indemnity insurers advising that cover would not be available for 2018/19. This led to the pre-packaged sale of the business.