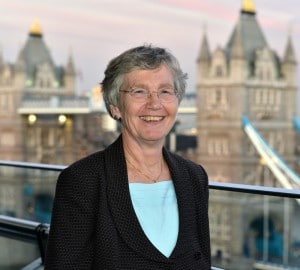 Burleigh: CILEx has provided an apprentice-style route for 50 years

Key players in the legal profession have welcomed the second phase of a government-backed scheme that will create apprenticeships which for the first time will lead to qualification as a solicitor, while a new apprenticeship in conveyancing will also be developed.

Prime Minister David Cameron announced yesterday that law is one of 29 business areas in phase two of the Trailblazers higher level apprenticeships initiative, launched this week to kick start National Apprentice Week by the Department for Business, Skills and Innovation.

The Solicitors Regulation Authority (SRA) said it would help develop the standards for apprentice trainee solicitors, stressing: “Solicitors who qualify through this route will have to demonstrate to the SRA that they meet the same standards as anyone who has come through more traditional paths to qualification.”

The Chartered Institute of Legal Executives (CILEx), which is already the awarding body for apprenticeships in legal services, is also involved. Diane Burleigh, CILEx’s chief executive, pointed out the institute had “provided an apprentice-style route into law for more than 50 years”.

She continued: “Being part of the Trailblazer project means that CILEx can ensure legal apprenticeships across the board meet the standards required for learners to become first-class legal professionals.”

CLC chief executive Sheila Kumar said: “As the regulator of licensed conveyancers we expect high levels of technical expertise and professionalism from all those involved in conveyancing to protect the consumer and the public interest.”

Last year, level 3 advanced and level 4 higher apprenticeships in legal services were launched, with CILEx the awarding body. The BBC announced yesterday that it is set to recruit three legal services apprentices for its legal department in London, starting in September. The apprentices, who will be taught by CILEx Law School, will also obtain experience in the rights and business affairs teams within the BBC.

The first phase of the Trailblazer standards involved more than 80 employers in eight sectors and emerged from the Richards review on the future of apprenticeships, which the government implemented last October. Apprenticeships are employer-led and designed to respond to the needs of industry, have rigorous assessments, and are graded on completion with a pass, merit, or distinction.

Skills and enterprise minister Matthew Hancock said yesterday that the government wanted apprenticeships to “become the new norm for all ambitious young people and employers who are dedicated to growing their own talent and increasing the skills base of the nation”.