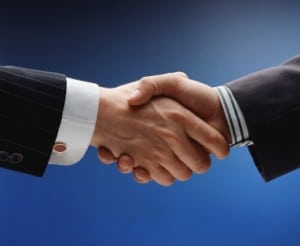 The Solicitors Disciplinary Tribunal (SDT) has likened a recent Legal Services Board (LSB) recommendation to use the civil standard of proof across disciplinary tribunals to “a small tail wagging a large dog”.

In a highly critical and often defensive response to the LSB’s report on sanctions and appeals, published earlier this month, the tribunal repeatedly challenged the LSB’s assumptions and questioned their evidential base.

“It is disappointing that a body such as the LSB is seeking to make policy and introduce change of such importance based on limited evidence,” it charged, in a rare public statement.

It was particularly hostile to the LSB’s belief that the civil standard of proof should be adopted by all the frontline regulators, which the board argued best protected the interests of consumers. At present the SDT uses the criminal standard, as do the Bar Tribunals and Adjudication Service and Bar Standard Board (BSB), when considering professional misconduct cases.

The “small tail” referred to the smaller regulators – ILEX Professional Standards, the Faculty Board, the Council for Licensed Conveyancers, the Intellectual Property Regulation Board and the Costs Lawyer Standards Board – which currently use a civil standard, and the “large dog” to the larger regulators – the BSB and Solicitors Regulation Authority (SRA). The SDT pointed out that the former regulators regulate fewer than 13,000 people and handle a tiny number of cases, while the latter regulate more than 10 times as many people and handle hundreds of cases each year between them.

The SDT said that if it adopted a civil standard, human rights challenges would follow, adding: “For the LSB to support a proposal for adopting the civil standard of proof on the basis that five small players in the legal market use it, without attempting any real analysis of the sort of misconduct or the number of cases they handle each year, is not a sound foundation for proposing wholesale change to the standard of proof, sanctions and the appeals regime.”

The SDT challenged the LSB’s support for the First-tier Tribunal hearing all appeals against regulatory decisions, arguing that it had advantages over that tribunal “of being an expert and informed specialist tribunal in relation to legal services providers and in being able to tailor-make costs orders”.

Other “key areas of disagreement” identified by the SDT included its claim that the LSB was looking at disciplinary regimes from an excessively academic perspective. The SDT said: “The LSB makes assertions unsupported by objective evidence. The paper draws on a number of academic papers and is written very much from an academic point of view rather than with meaningful regard to the reality of enforcement and what the position is ‘on the ground’.”

The SDT objected to a review of sanctions and appeals having been carried out by the LSB at all and stressed that it had not been approached for comment. The resources used in drafting it would have been better deployed elsewhere, the SDT argued: “It may have been a better use of resources for the LSB to have concentrated on encouraging the SRA to improve its performance rather than devoting time to a review of sanctions and appeals.”

The tribunal also criticised the LSB’s support for an increase in the SRA’s powers to fine traditional law firms as a “glaring inconsistency” with its “assertions about the importance of transparency”. It explained: “The SRA agreeing hefty fines with solicitors in private is unlikely to reassure consumers that justice is being done. The importance of these facts has been minimised in the LSB’s sanctions and appeals paper.”

Further, the SDT argued: “It is unclear from the paper how ‘doing deals’ and ‘plea bargaining’ with those charged with wrongdoing protects future consumers of legal services from harm, enhances the reputation of the legal services market, and/or fits with the regulatory objectives.”

The SDT accused the LSB of having “entirely overlooked” the fact that the SDT accepted direct applications from consumers of legal services against a solicitor, although it conceded it was “unusual” that the tribunal judged there was a case to answer. The LSB had instead focused “solely on referrals by the SRA”, it said.