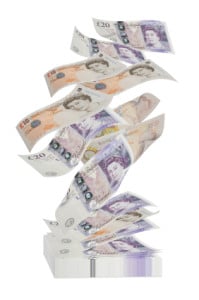 A solicitor who allowed her firm’s client account to be used as a banking facility by a property investment company has been suspended by the Solicitors Disciplinary Tribunal (SDT).

Theresa Quartey, partner at Shores Anchor in north London, was described by the SDT as “inconsistent, contradictory and at times evasive” in her evidence.

“The tribunal found it surprising that [she] would have accepted money into the firm’s client account on the basis that it would be used at some point in the future for possible conveyancing work, the precise detail of which had not been confirmed.”

The SDT heard in SRA v Quartey and Esuruoso (case no.11350-2015), that Shores Anchor received a total of over £117,000 from five third parties who wanted to invest in a scheme run by a company referred to as L Ltd.

The SDT said L Ltd “appeared to be an unregulated collective investment scheme, offering high returns on property investments in the United Kingdom” to the public.

“From the third-party funds received, the firm had made payments to L Ltd in the total sum of £110,500 with the firm having also taken £6,444 in fees, meaning a total of £116,944 had been withdrawn from the client bank account.”

The SRA’s investigating officer said there was no evidence that the firm had received confirmation from L Ltd of “any relevant project for the funds received and, accordingly, the funds should have been ring-fenced and retained in client bank account pending receipt of such confirmation”.

Ms Quartey and the other partner at Shores Anchor, Gbolahan Olukayode Christopher Esuruoso, were accused by the SRA of accounts rule breaches and allowing the firm’s client account as a banking facility.

Ms Quartey was also accused involving herself in a “transaction which was suspicious and had the hallmarks of dubious financial arrangements or investment schemes”, and failing to have regard to the Money Laundering Regulations 2007 or the SRA’s warning notice on money laundering.

Finding the allegations of accounts rule breaches and use of client account as a banking facility proved against both partners, the SDT said of Mr Esuruoso: “The tribunal accepted the second respondent had no direct contact with L Ltd, and had no control over the payments made nor was he a signatory to the firm’s client and office accounts, but nevertheless as a partner of the practice, he should have been more vigilant.

“His lack of sufficient proactive action had meant that he had allowed the firm’s client account to be used as a banking facility.”

The tribunal heard that Shores Anchor closed in September 2014. The SDT was satisfied that both partners had failed to pay their run-off indemnity insurance premium in full and had allowed the policy to be in default.

Ruling on the further allegations against Ms Quartey, the SDT said the “due diligence” she carried out on ZA, sole director of L Ltd, “consisted of a copy of ZA’s driving licence”.

The SDT went on: “There was also a county court judgment registered against ZA at the address given on the driving licence but the first respondent had failed to make further enquiries about this judgment or obtain a copy.

“She had not even realised ZA had a county court judgment entered against him. Nor had she realised the actual date of incorporation for L Ltd was quite different, being much more recent, than the date L Ltd gave on its website.

“These were basic fundamental red flags that she should have picked up. Her due diligence procedures were very poor.”

Finding that the allegations relating to the money laundering regulations and SRA warning notice were proved, the SDT said Ms Quartey had compromised her independence by allowing L Ltd to refer to Shores Anchor in its marketing literature without having undertaken proper due diligence.

The tribunal said the mitigating factors were that Ms Quartey “had a previously unblemished record, her conduct was not deliberate, the period over which she had acted for L Ltd was relatively brief, being about two months, and she did terminate instructions with L Ltd on being told to do so by the second respondent”.

However, her misconduct was serious and while there was no evidence of harm to third parties, “it could reasonably have been foreseen that if the scheme failed, investors would lose their money”.

The SDT ordered Ms Quartey to be suspended for six months and after that time to have conditions imposed on her practicing certificate preventing her from acting as a sole practitioner or manager of a law firm, from holding client money and allowing her only to work as a solicitor in a position approved by the SRA.