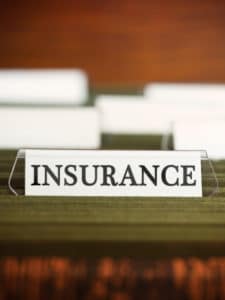 Insurance: Limit too low to cover other side’s costs

A three-year qualified solicitor has been struck off for dishonestly fabricating documents to cover up the fact she failed to negotiate an increase to after-the-event insurance cover.

This meant her client or firm were faced with having to pay the other side’s costs.

Further, it was alleged she had fabricated attendance notes in relation to calls and correspondence to support the forged documents.

Ms Sanderson, who was born in 1986 and admitted as a solicitor in 2012, worked at well-known Manchester-based personal injury firm, Express Solicitors. She was promoted to associate solicitor in September 2015.

The tribunal found it proved that she had fabricated documents in 2015 after failing to follow through with a request to the insurer the previous year to increase the indemnity limit on an insurance policy from the £10 holding amount.

The insurer, called KLB in the ruling, denied having agreed to increase the limit. When the case was discontinued by Ms Sanderson’s client, who became liable to pay the defendant’s costs, it was alleged that the solicitor panicked and tried to conceal her error.

Ms Sanderson denied both to the firm and the tribunal that she had fabricated policy schedules showing KLB had increase the indemnity limit and would not comment on their creation.

The tribunal found that, in giving evidence, she had “prevaricated and failed to provide direct answers to the questions asked”.

While accepting that memories faded, it noted that Ms Sanderson had claimed no recollection of the matter when quizzed by her firm just a few months later. The tribunal found this to be “incredible”.

It continued: “In September 2015, when the matter was discontinued, the respondent realised that she had failed to secure the indemnity increase, which meant that the defendant’s costs would have to be paid either by the client or by the firm.

“In order to conceal that error, the respondent created the policy schedules in the hope that KLB would pay out, and the firm would not come to understand her error.”

It found she had fabricated attendance notes, adding: “No solicitor acting with integrity would fabricate telephone attendance notes and letters in order to conceal their mistake, and cause others to believe that conversations were had, and letters were sent, when in fact that was not the case.”

The tribunal concluded Ms Sanderson was “singularly and entirely culpable for her misconduct”, which was “aggravated by her proven dishonesty” and had been “deliberate, calculated and repeated”.

Striking off was the only appropriate and proportionate sanction, it said. Ms Sanderson was ordered to pay costs of £9,000.

The tribunal hearing was delayed by a day because Ms Sanderson had mistakenly gone to the Solicitors Regulation Authority’s offices in Birmingham, rather than the tribunal’s in London.