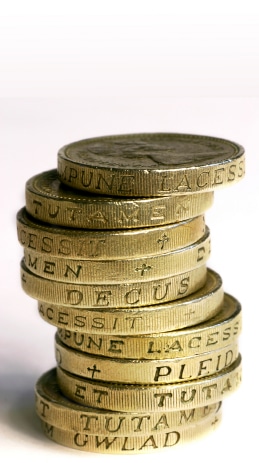 A solicitor has been struck off by the Solicitors Disciplinary Tribunal after dishonestly misleading a client that her firm had not received an expected £10,000 from a third party.

Susan Irene McCarville later repaid the amount from another client’s account without permission, and falsely claimed she had issued and conducted court proceedings on his behalf when she had not.

Ms McCarville, who was admitted as a solicitor in 1994 and was a partner at THP Solicitors in Reading, was charged with breaching the SRA principles 2 (act with integrity), 4 (act in the best interests of clients), and 6 (maintain public trust), as well as breaching the accounts rules.

She admitted all the allegations against her.

In a contentious probate case involving Ms McCarville’s client, who was the executor of the estate of his late wife, a payment of £30,000 was made by way of instalments of £10,000 each, in 2011 and 2012. But she denied to the client having received the last instalment.

At a hearing in July, the tribunal was told that in May 2012 Ms McCarville also falsely claimed she had issued proceedings on behalf of the client when in fact they were not issued until July 2012. Eventually she admitted she had given him misleading information and the client subsequently instructed new solicitors to take over the claim.

In September 2014 the solicitor without permission authorised the transfer of £11,309.41 from the client account of another client with the same surname to the executor’s account. In an attempt to pay back the money, Ms McCarville repaid the money from her own personal bank account.

In mitigation, the tribunal recorded, Ms McCarville apologised and said that “she had got herself into ‘sticky waters’ and had compounded the situation by carrying on what she was doing. She stated she had been trying to resolve a series of events to try and ‘make it right’ as only she could but instead, she had made it worse”.

In deciding to strike her off, the tribunal recorded that she “had acted dishonestly in several instances and her conduct had been deliberate, calculated and taken place over a long period of time”.

It added: “There was also a devious element to her behaviour in that she had identified a client with exactly the same surname… so that she could transfer funds from that client’s account… without the firm’s cashiers realising.”

It continued: “However, the respondent had repaid the funds… from her own bank account including interest… [and] had shown genuine insight and remorse, and made open and frank admissions at an early stage. She had had a previously long unblemished career and the tribunal gave her credit for appearing before it, which was courageous in the circumstances.”

It was a “sad case and it was difficult to understand why the respondent had acted as she had” but in the absence of exceptional circumstances, striking off the roll was the minimum sanction necessary to protect the public and maintain confidence in the profession.