SDT strikes off another solicitor for fabricating documents 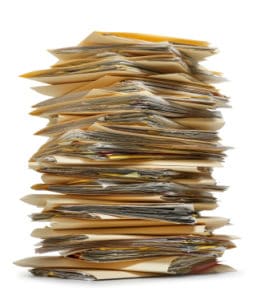 A solicitor has been struck off by the Solicitors Disciplinary Tribunal (SDT) for misconduct involving fabricating documents in order to convince a client that straightforward applications had been made when they had not.

At a hearing at the end of March, in the latest example of a rash of solicitors facing disciplinary action for fabrications, Matthew Charles Curtis claimed in mitigation that he had tried “to satisfy a difficult client” and made no personal gain.

The solicitor was born in 1984, admitted in 2009 and at the time was practising at unregulated firm Legal 4 Business.

In May 2014 he was engaged to make two applications for a community centre: first to change its status at Companies House from a limited company to a community interest company, and second to transfer an alcohol licence into the managing director’s name.

When she heard nothing, the centre’s managing director contacted Mr Curtis. Soon afterwards, he gave her a letter purporting to be from the local authority, Halton Borough Council, confirming the licence had been changed.

He also provided a letter, apparently from Companies House, confirming that the company status application had been granted. She made enquiries, established that the documents were fabricated, and reported the matter to the Solicitors Regulation Authority (SRA) and the police.

The solicitor accepted from the police a conditional caution for making or supplying an article for use in fraud. It carried a condition that he pay £1,000 in compensation to the community centre.

The tribunal concluded that the respondent knew the two letters were fabricated and that he was acting dishonestly.

Mr Curtis acknowledged in his mitigation statement that “a strike off is nigh on inevitable” but requested a period of suspension instead. He said he voluntarily repaid all fees to the community centre. “Whilst dishonest, my actions did not result in, nor were motivated by, personal gain to myself. The actions were a result of trying to buy time to satisfy a difficult client.”

In deciding the sanction, the tribunal recorded its view that the misconduct “appeared to be self-preservation” and that its impact on the reputation of the profession was high.

As well as the proven dishonesty, the misconduct “was deliberate, repeated and calculated”, with seven months passing between the instruction to make the application for the licence and the provision of the forged licence document. In the circumstances, the appropriate sanction was to strike Mr Curtis off the roll of solicitors, it found.

Assessing costs, the tribunal identified an “unexplained discrepancy” in the SRA’s figures and set costs at £3,000 instead of the claimed £3,817.

Last June an assistant solicitor was suspended indefinitly for fabricating counsel’s advice and expert reports. At the end of the year, a solicitor who conducted “fictitious litigation” was referred to the SDT, and earlier this year another solicitor was struck off for fabricating documents after missing a court application deadline. There have been other cases in the last year as well.