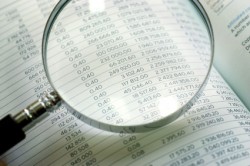 Responding to plans by the Solicitors Regulation Authority (SRA), the SDT said: “A perception that responsibility for ‘getting it right’ has been moved from the solicitor to the accountant may result in a weakening of the system.

“Solicitors may be tempted to blame (rightly or wrongly) their accountants for their own shortcomings in the event that enforcement action is taken by the SRA as a result of the accountant’s report.

“This ‘blame game’ already happens in some cases before the tribunal. The move in emphasis towards reliance on the accountant’s professional judgement may encourage more complex, hotly-disputed disciplinary proceedings involving accountants to a greater degree than now. The risk of satellite litigation is increased.”

Plans by the SRA, launched in November, would revise the criteria used by accountants to decide whether reports should be qualified.

In its consultation response, the SDT said that “large, well-established organisations” were not “immune from unanticipated events and ineffective money management (as evidenced by recent high-profile law firm failures)”.

The tribunal said strong accounting procedures were “part of a suite of essential management tools” and “frank discussions with external accountants asking challenging questions may be more productive” than discussions with others within the firm.

“The preparation of the report may expose the misappropriation of office or client money by staff or by one or more of the principals. The requirement to file a report is in effect an early warning sign of problems, and can be compared with routine health checks by a doctor.”

The SRA has argued that a previous change to the rules on accountants’ reports, which required only qualified reports to be sent to the SRA, would still mean that around 5,000 firms would have to send them in.

The regulator said that despite rules to the contrary, accountants were still qualifying reports on the grounds of breaches which posed no significant risk to client money.

However, the SDT argued that exempting law firms with a low risk profile from the need to submit accounts would increase the risk to the public and the profession of “alleged wrongdoing passing undetected until it is too late”.

The SDT said any risk-based criteria should be robust and “subject to external testing across a range of firms” before being implemented.

It added: “The clearer and more prescriptive the rules in the area of accounts, the better. Grey areas are ripe for argument and increase the costs of enforcement.”

In its response to the SRA, the Law Society said a further consultation would be needed on guidance for accountants and law firms, the costs of the changes should be carefully considered and a “full impact assessment” undertaken.

The City of London Law Society questioned whether “the benefits accruing” from the change “adequately compensate for the disruption and risks it entails for both firms and the accountancy profession”.

The SRA’s standards and guidance committee is due to present a report on the issue to next month’s board meeting.