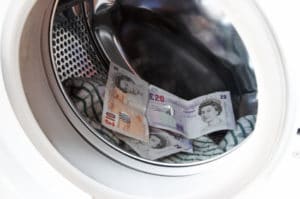 The Solicitors Disciplinary Tribunal has slapped down the Solicitors Regulation Authority (SRA) for its conduct in a disciplinary case, describing it as having “verged on the shambolic” and dismissing five out of the seven charges laid.

To show its displeasure, the tribunal halved the regulator’s claimed costs, although it also found “considerable culpability” on the part of the solicitor, Mark Lorrell, who admitted providing banking facilities through his client account. It suspended him from practice for three months.

The patience of the tribunal was tested early in the five-day hearing in August when both parties applied to admit new documents and the solicitor sought a short adjournment.

Mr Lorrell, who was born in 1964 and qualified in 2003, was charged with a number of offences relating to the first charge, which alleged he had used, or allowed to be used, the firm of which he was the managing partner, Lorrells LLP, as a banking facility for a client contrary to the SRA’s accounts rules. He was represented at the hearing by a barrister.

The SRA launched an investigation into Lorrells in August 2013. It was triggered by a default in a monthly professional indemnity insurance payment, which raised concerns about the firm’s financial stability.

Files examined by the SRA’s investigator, relating to companies owned by a client, YY, prompted allegations that the firm had been used as a banking facility. Mr Lorrell admitted that he had allowed Mr YY to keep £1.25m in the firm’s client account for one of the companies, City Equities Limited (CEL), to draw on, in breach of accounts rule 14.5.

But he denied that in doing so he lacked integrity. He said he had not realised at the time that the arrangement was prohibited.

The tribunal recorded early in its judgment that it was “was concerned with the way in which both the applicant and respondent had prepared their case”. A witness statement submitted by the SRA “lacked detail as to dates and times”, while the regulator’s investigating officer gave “at times muddled and contradictory” evidence.

Mr Lorrell’s answers were also “at times contradictory which resulted in them lacking credibility”.

However, finding that Mr Lorrell had breached SRA principles, the tribunal said he “should have made more enquiries” about Mr YY’s activities. It found: “The respondent’s moral compass had been pointing in the wrong direction…

“The respondent having used, or permitted the use of, the client account as a banking facility had failed to act with integrity and failed to behave in a way that maintained the trust the public placed in him and in the provision of legal services.”

Suspending Mr Lorrell for three months, the tribunal recorded that his “motivation for the misconduct was financial” and the transactions at issue “should have rung an alarm bell for any solicitor that something was not right.”

It added: “The respondent’s conduct had harmed the reputation of the profession. He had lacked integrity and his client account, which should be sacrosanct, had been used as a banking facility.”

When considering the SRA’s costs bill of £67,045, the tribunal was highly critical. It said “at times the applicant’s case had verged on the shambolic” and added: “Most of the allegations that the respondent had denied throughout had been found not proved.”

Slashing the approved costs to £35,000, the tribunal also criticised Mr Lorrell’s “inability to produce documents”. Concluding, it said: “Neither the applicant nor respondent was without fault in their conduct of the matter.”