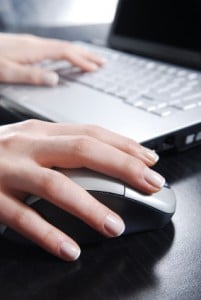 230 images were found on computers

A solicitor convicted of child pornography offences has been struck off after his plea to be suspended instead so that he might retain some dignity and as an acknowledgement of his efforts in the profession was rejected.

The Solicitors Disciplinary Tribunal (SDT) said that Hugh Alexander Jackson had sullied the reputation of the profession.

Mr Jackson, who was born in 1982 and qualified in 2011, had been an assistant at a London law firm before resigning when the criminal investigation into his activities began, the police having received intelligence from an online paedophile chatroom. Images were found on both his home and work computers.

In April 2014 he was convicted of possessing 230 prohibited images of children and nine counts of making an indecent photograph or “pseudo-photograph” of children.

He told the tribunal that he had completed his sentence and a treatment program with the Probation Service, and was in the course of psychotherapy that would continue until September. He apologised for the harm which he had inflicted on the profession.

The SDT recorded: “He was very proud to have been a solicitor and of the work he had done… The respondent submitted that his recovery would be ongoing and that with the passage of time he would again be a person who could be trusted and so he considered that an indefinite suspension would be more appropriate than strike off but this was a matter for the tribunal.

“The respondent stated that he had no plans to practise. If he were indefinitely suspended it would possible for him to retain some dignity and to feel that his efforts in the profession had not quite come to naught.

“He had very little personal mitigation to advance. He knew and understood the seriousness of the offence and he had always accepted it… He was now self-employed in a very different area of work and one not regulated by the tribunal.”

In deciding on the sanction, the SDT said it “noted the respondent’s personal mitigation that he had by his work helped poor, vulnerable and disadvantaged people rather than seeking large financial remuneration for himself but felt that it was not a valid consideration that to strike him off would prevent him from continuing that work, because if strike off was ordered it would be the result of his own actions”.

The tribunal cited case law that said the reputation of the profession was more important than the fortunes of any individual member.

“The respondent had sullied the reputation of the profession by the serious crime he had committed. The damage he had inflicted on society and vulnerable children also had to be taken into account. The tribunal considered that strike-off would be the proportionate and appropriate sanction.”