SDT rejects ‘no publicity’ plea as it strikes off solicitor fraudster 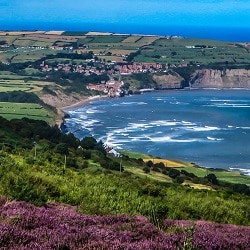 The Solicitors Disciplinary Tribunal (SDT) had refused a ‘no publicity’ application by a solicitor and deputy district judge convicted of fraud last year.

Striking Keith Alan Shaw off the roll, the SDT also rejected a submission from the Solicitors Regulation Authority (SRA) that the tribunal’s order should be published but not the judgment.

Given his conviction, Mr Shaw said he was “realistic enough” to know that his career as a solicitor was over and he should come off the roll.

He pleaded guilty at Westminster Magistrates’ Court in November 2017 to one count of fraud by false misrepresentation and five other counts of making false instruments.

The solicitor had tried to win over Scarborough Borough Council by submitting five fake letters in support of his planning applications for land around Whitby in North Yorkshire, using the real names and addresses of residents without their permission.

Mr Shaw was sentenced to 20 weeks in prison, suspended for two years, and ordered to carry out 200 hours of unpaid work. He was ordered to pay £2,700 in compensation and costs of £7,300.

Counsel for Mr Shaw told the SDT that the criminal proceedings had caused “huge stress” and quoted from a letter from Mr Shaw’s GP, warning that further reports on the matter could result in him suffering a “significant relapse” of his medical condition, which was not specified.

The GP asked if an application could be made for “an exception to the usual rule about publication” as any local or national news coverage of his situation could “trigger a significant deterioration”.

Counsel for Mr Shaw argued that “in the light of the medical evidence”, his removal from the roll should not be publicised, although the SRA could put “some limited wording” on its website to confirm that he was no longer on the roll.

However, the tribunal noted that no medical evidence had been provided on behalf of Mr Shaw from a specialist consultant and, although the condition appeared to have affected him “around June 2016”, there was “no evidence of the medical condition in November 2017 or now”.

“The tribunal concluded that it was quite proper that the public should be informed of the professional consequences of a criminal conviction which had already received much publicity.

“Failure to do so would give the impression that a solicitor who had been convicted of a serious offence had not been disciplined for that conviction by his regulatory body.

“Whilst publication may cause some distress to the respondent, the key issue for the tribunal was maintaining confidence in the reputation of the profession.”

The tribunal said there should be publication not only of its order in this case, but its judgment, as it was “in the public interest and in the interests of the reputation of the profession that the nature and consequences of the respondent’s conviction on his position as a solicitor were made clear”.

Mr Shaw was born in 1980 and admitted in 2006. At the time of the hearing, he did not hold a practising certificate.

Approving the agreed outcome, the SDT ordered Mr Shaw to pay £1,800 in costs.