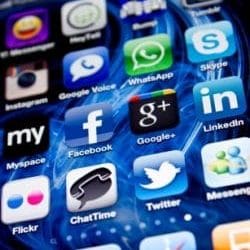 The president of the Solicitors Disciplinary Tribunal has warned practitioners that they cannot just “vent their spleen” on social media with impunity without risking consequences for their careers.

Ed Nally said cases before the tribunal where text messages or Facebook posts were deployed in evidence were a “salutory lesson to people that you’re never off duty”.

In the second part of our interview (see here for the first), Mr Nally said he hoped it was widely known that “you cannot leave the issue of your professional conduct safely behind the office door when you close it in the evening”.

While solicitors were “of course” entitled to a private life, he said actions that were “beyond the pale” would impact on their professional lives.

“If I’m doing the shopping on a Saturday and I’m wandering around Tesco, it may be the last thing on my mind but I’m a solicitor when I’m going down the grocery aisle.

“But if I decide to shoplift, I should expect professional consequences alongside the rigours of criminal justice.”

He said the test was whether the conduct of an individual would diminish the trust or confidence the public has in that individual or the profession more widely.

“So if you go onto Facebook or Twitter or the media venting your spleen freely in a rather unattractive and unpleasant or downright illegal way in terms of some of the content, then just be careful because you cannot do those sort of things with impunity.”

Shortly before then, a solicitor was sanctioned for “violent” anti-Semitic and anti-Zionist comments he made on Facebook, while more recently high-profile solicitor Mark Lewis was fined for “offensive and profane” posts on Twitter.

But more broadly Mr Nally spoke of his confidence in the next generation of lawyers and dismissed any suggestions that standards of professional conduct have fallen.

“I think successive generations of lawyers, including those of my own, tend to have a dewy eyed nostalgia of how standards have slipped over the years and how the profession today doesn’t look as it did yesterday.

“You do have to step back and reject that as a sort of slightly self-indulgent proposition.”

He said his experience was of a “really vibrant, really intelligent, really engaged, really enthusiastic range of young professionals and newly qualifieds, so I have massive confidence in the future of the profession and I don’t buy the rhetoric that ‘things ain’t what they used to be’.”

What has changed, Mr Nally continued, were the pressures and challenges facing the modern professional, which “are genuinely different than those that I faced when I first qualified”.

These included economic and competitive pressures, with the follow-on impact on solicitors’ work/life balance.

Further, he said, the reverence with which professionals were viewed has gone.

“There’s a respect for lawyers and solicitors in particular but clients won’t take any nonsense from them and they expect to challenge them in a way perhaps that they wouldn’t have done a generation ago.”

The third and final part of the interview will be published tomorrow. Ed Nally is speaking at the Legal Futures Regulation and Compliance Conference on 6 June. Click here for details and tickets.