SDT postponed suspension of solicitor to save firm from closure 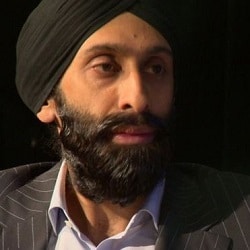 Bal: Not expecting a suspension

The Solicitor Disciplinary Tribunal postponed the suspension of a solicitor to given him time to hand over his firm and save it from closure and the loss of 30 jobs.

DBS Law, which had offices in Birmingham and Nottingham and operated the personal injury brand Claim Today Solicitors, was bought in a pre-pack by PKA Legal at the end of last month – a firm owned by DBS’s head of family, Parveen Attri.

In a highly unusual move, the SDT said it “originally announced”, at the end of Davinder Singh Bal’s hearing in September, that it would suspend the solicitor for a year “commencing immediately”.

However, Mr Bal, who admitted receiving £154,000 in personal injury referral fees from a credit hire firm, applied to delay the suspension “by at least four weeks in order to avoid closure of the firm”.

Mr Bal said “he was not expecting a suspension” and if the suspension had immediate effect, “about 30 people would lose their jobs”.

He went on: “Client matters which required urgent attention would not be attended to, this included property matters in which there was £2m and £3m held in client account and court dates.

“A four-week period would allow an effective handover. Although there were five solicitors in the firm, two were very junior and one was subject to a grievance procedure.

“It would take at least seven days to obtain emergency authorisation for someone else to run the firm.”

Agreeing to delay Mr Bal’s suspension by a month, the SDT said: “If the firm was to close, this would not be in the interests of other staff members, nor the interests of the clients who had pending matters in the next few days.

“The protection of the reputation of the profession would be better safeguarded by a short delay to the commencement of the suspension than by the unforeseen closure of the firm.”

In January 2018, the firm entered into a company voluntary arrangement. A notice on 11 October to terminate it, because the firm had entered administration, showed that DBS had creditors who had not supplied proofs of debt that totalled £684,000 – with HM Revenue & Customs the biggest creditor at £281,000.

Mr Bal was born in 1970 and admitted to the roll in 1997. The firm has been in existence since 2002 but Mr Bal was appointed a director of DBS Law as an alternative business structure in August 2013.

His co-director resigned in July 2014. Mr Bal owned the majority of the share capital and told the tribunal that the firm had been in financial trouble back at that time.

This represented commission for the referral of 421 DBS personal injury clients (£81,000), as well 356 non-clients who had been the drivers in accidents in which the clients had been injured (£51,000) and £22,000 which had been unallocated.

This money was paid into office account when the SRA rules required that – as a “financial benefit paid in respect of a client” – most of it was in fact client money unless the client had given the solicitor prior authority to retain it.

This meant there was a £103,000 shortage on client account from the time the Solicitors Regulation Authority investigated the firm in October 2015 for at least a year afterwards.

In January 2016, DBS sent out a pro forma letters that sought to explain the situation to affected clients and gave them seven days to object to the firm retaining the commission paid on their case.

However, the SRA argued, and Mr Bal admitted, that the letters contained “inadequate information concerning their entitlement to payments of commission”.

Among the omissions were failing to state the full amount of the payments and that they represented client money, and that the firm was not entitled to deduct fees from commission payments without issuing a bill.

Mr Bal denied acting with a lack of integrity, but the tribunal said he had approved the pro forma letter, and it was irrelevant that others had drafted it. He was “by his own admission trying to keep his business afloat”, but he had “got his priorities badly wrong”.

The SDT said Mr Bal acknowledged that, in writing the letter, the firm was “essentially informing clients of a windfall of which they had no expectation and begging them to allow the firm to keep it so the firm could continue to help others”.

This was not in the best interests of the clients and showed a lack of integrity.

Mr Bal previously appeared before the tribunal in 2009, again for allowing a cash shortage on client account, breaching accounts rules and misinforming clients. He was fined £10,000.

In mitigation, the solicitor said he had not negotiated the Accident Exchange agreement and that over £60,000 had been returned to clients.

He said that following the CVA in January this year, his firm “looked to the future with reduced debt and a smaller requirement for positive cash flow”.

The SDT concluded that Mr Bal had “put his business interests before his clients at a time when the firm was in financial difficulties”.

Mr Bal was suspended for a year and ordered to pay £10,400 costs. Following the end of the suspension, he was made subject to conditions preventing him from a sole practitioner, partner or compliance officer in a law firm, and from holding client money, for a further three years.