SDT: Millions of pounds not repaid as Barnett tried to keep firm afloat 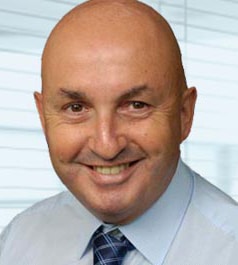 Southport law firm Barnetts was a business in “dire straits” and other solicitors “would feel ashamed” at the actions of its senior partner in trying to keep it afloat, which included misusing and not repaying a £4.86m loan, the Solicitors Disciplinary Tribunal (SDT) has ruled.

The 112-page ruling of the SDT in the case of Richard Barnett – who was also a Law Society council member at the time – was published just before Christmas some five months after the decision to strike him off was announced.

Last January, Barnetts Solicitors – best known for its volume conveyancing practice – was broken up and sold to four different buyers after entering administration.

The SDT ruling painted a picture “of a firm in dire straits”. It recorded that in 2012 Barnetts had suffered from the collapse of the property market, with turnover falling and a financial due diligence report prepared by accountants Baker Tilly saying that the weakness of the firm’s financial position was such that its ability to survive was in serious doubt.

In April 2012, Mr Barnett and his partner Anthony Swift – whose equity split was 98% and 2% respectively – signed a litigation funding agreement with Axiom Legal Financing that was for the payment of disbursements on various cases and an insurance premium; it was not meant to cover the firm’s fees or other expenses, nor non-litigation matters. Mr Swift was also before the SDT.

However, the SDT found that, of the £4.86m loaned in nine tranches during 2012, £1.68m was used to clear the firm’s overdraft with RBS, after which the bank released its security over the partners’ personal assets, and almost all of the rest to fund Barnetts’ general overheads, including its professional indemnity insurance.

Due to a 50% facilitation fee (FF) payable to the fund manager under the agreement, and 15% interest, the firm’s total liability was over £7m, none of which has been repaid.

Further, in August 2012, reports started to emerge of potential fraud behind the Cayman Islands-based funds, which are now in receivership and the subject of legal action by the receivers, although the tribunal expressly did not reach any conclusions on the truth of these reports. The collapse of Axiom caused difficulties for several law firms in England and Wales.

Mr Barnett denied most of the 11 allegations against him, but the SDT found them all proven and that the solicitor – who qualified in 1974 – had acted dishonestly in several respects.

Among the allegations were that he accepted investment money when it was improper for a host of reasons; paid the money into office, rather than client, account; failed to investigate the implications of the allegations made against Axiom; acted in a conflict of interest; failed to act in his client’s best interests; provided false information on his indemnity insurance renewal form; and given misleading information and/or failed to co-operate with the Solicitors Regulation Authority.

The SDT noted that the first tranche of funding was borrowed against conveyancing cases, the fees on which the firm expected to crystallise quickly.

“This meant that the firm borrowed £250,000 at the rate of 65% (FF of 50% plus interest at 15%) in order to delay the issue of the firm’s declining liquidity for a short period. Looked at commercially, this was a decision that only a business in desperate need of cash would make.

“The tribunal had concluded, after considering all the evidence that at the point of borrowing the first tranche of money [Mr Barnett’s] state of mind was such that he would have done anything necessary to secure the cash in the bank account.

“However, the tribunal also believed that, at that same point, [Mr Barnett] had persuaded himself that the firm could and would repay the borrowing plus the FF and interest within 12 months.

“Unfortunately, once the extent of the borrowing increased in the dramatic way that it did, in an increasingly desperate attempt to keep this failing firm afloat, the possibility of repayment disappeared and became irrelevant to [Mr Barnett’s] thinking.”

The tribunal found that fellow solicitors “would feel ashamed” by Mr Barnett’s actions, while members of the public “would not expect a solicitor to conduct themselves and their business in such a way” and were “likely to be shocked”.

It concluded: “The breaches were numerous and serious in nature, and included multiple findings of dishonesty. There were no exceptional circumstances that the tribunal could or should take into account in order to mitigate the sentence.

“In order to protect the public from harm and maintain public confidence in the reputation and integrity of providers of legal services, strike off was the only sanction that the tribunal could impose.”

Mr Swift was cleared of some allegations and found not to have acted dishonestly, although in some respects he had been reckless. He was suspended for six months, with conditions placed on his future practice. The SDT found that he had been “completely asleep at the wheel”, but also that he had not been the instigator or the driver of the overall misconduct.

“The lack of information provided by [Mr Barnett] to [Mr Swift] left him in the uncomfortable position of being misled by someone he had known and trusted for a long time, and ill-equipped to take any significant action. This was to a degree [Mr Swift’s] own fault for lacking the engagement, curiosity, or the will to ask questions and/or stand up for right action when wrongdoing was taking place.”

The SDT sent the Solicitors Regulation Authority’s claim for costs of £408,000 for detailed assessment, but made interim costs orders of £115,000 against Mr Barnett and £20,000 against Mr Swift.