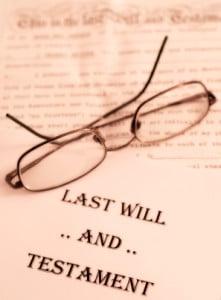 Will-writing: solicitor to limit his work

The Solicitors Disciplinary Tribunal (SDT) has lifted the indefinite suspension of a solicitor who retrained as a will-writer after suffering a “major depressive illness”.

The SDT said that the solicitor, whose identity was protected in its ruling without explanation, was a member of the Institute of Professional Willwriters (IPW) but, because of the indefinite suspension, was not allowed to practise.

The solicitor was a sole practitioner until 2008, the tribunal heard, when his firm closed. However, “following his acquittal at trial of allegations of mortgage fraud” in 1990, he had suffered from depression.

The solicitor’s depression was only diagnosed when medical reports were prepared for his first hearing before the SDT in 2011.

The Solicitors Regulation Authority (SRA) alleged, and the solicitor admitted, that he had failed to deliver accountant’s reports for the final years of his firm or respond to correspondence from the SRA and what was then the Legal Complaints Service.

The solicitor was suspended indefinitely and ordered to pay £6,200 in costs. The tribunal concluded that although he was no longer practising, his depression had left him “incapable of undertaking even the simplest tasks” and he was not fit to practise.

However, the SDT heard in Respondent 1 v SRA (case no. 11413-2015)  last month that his position was “much improved”. His latest medical report found that he was fit for employment as a will-writer and his GP deemed him fit for work.

The solicitor became a member of the IPW in 2014, “with a view to moving into this area of work” and having undergone training.

“The attraction of this was that the applicant would not need to employ anyone to work with him and he would be able to commit as much or as little time as he felt suitable.

“Due to the indefinite suspension, the IPW would not allow him to represent himself as a member until such time as it was lifted. He was therefore unable to pursue this line of work at present.

“The applicant confirmed, in response to questions from the tribunal, that this work would not involve the winding up of estates or the handling of client money.

“The applicant told the tribunal that he would have no objection to restrictions being placed on any practising certificate he may hold in the future. He did not want to practise without thorough training and he had no intention of working for anyone other than himself or handling client money.”

In its response, the SRA commended the solicitor for his submissions and “recognised that it was a major step for him to appear before the tribunal as his own advocate”.

The SRA described its position as “neutral” on the solicitor’s application.

It said: “The applicant had now been suspended for four years for accounts breaches and failure to answer correspondence at a time when he was not well. None of the matters which had brought him before the tribunal, either in 2009 or 2011, had resulted in any loss to a client.

“There had been no complaints from clients about the standard of service they received. The breaches had all been admitted and there was no concern about his morals or his ability as a solicitor.”

The tribunal noted that in the latest medical report, the solicitor’s psychiatrist said she was “unable to elicit any signs or symptoms” of mental disorder.

“The tribunal was impressed with the applicant’s efforts to return to work as a will-writer and his attitude towards retraining. It was not his intention to undertake work beyond will-writing.”

The SDT granted the solicitor’s application for determination of his indefinite suspension and ordered him to pay agreed costs of £2,000.

The tribunal imposed conditions preventing him from acting as a sole practitioner, partner in a law firm or member of an LLP or alternative business structure, and from holding hold money.