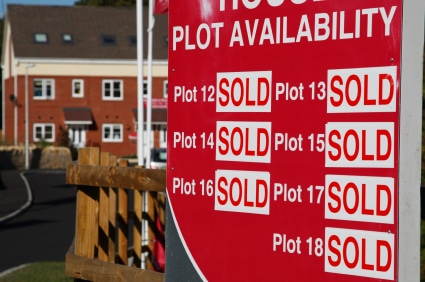 Property: partner failed to enquire about source of funds

A partner has been fined £10,000 plus £28,000 costs for being “sloppy, lazy and careless” when acting in conveyances on the instructions of a third party without confirming them with the clients or conducting due diligence on the clients or transaction funds.

At the material time, Anthony Gale was a partner at Yorkshire firm Maurice Smiths Solicitors, which has since merged with Leeds practice Ison Harrison.

Mr Gale, who qualified in 1990, was the firm’s compliance officer for finance and administration (COFA) and its nominated money laundering officer (MLRO).

The SRA received complaints from clients A and B relating to five conveyancing transactions Mr Gale carried out between 2005 and 2014.

It was alleged that the properties had been variously transferred, removed, sold and re-mortgaged without appropriate knowledge, instruction or consent, at the direction of C, B’s ex-husband and A’s father.

The transactions involved individual conveyances worth over £59,000 and funds totalling over £110,000.

Mr Gale admitted some of the allegations and denied others.

In relation to two of the properties, for which there was no evidence on either file as to the source of the funds received for completion of either purchase, Mr Gale told investigators the instructions came from a third party and that he could not recall making enquiries about the source of funds.

In respect of another property, Mr Gale admitted to the tribunal in evidence that he had been “lazy and careless” and had made mistakes.

In respect of a further transaction, he admitted to the tribunal it was “a mess” and again accepted that he had not confirmed instructions.

He acknowledged he had attended annual training in respect of his COFA and MLRO roles.

In mitigation, Mr Gale said he had been “lax and careless when dealing with routine transactions” and that he was “ashamed and disappointed to find himself before the tribunal” after an unblemished 30-year career.

The tribunal recorded: “The respondent knew the family very well. His actions in not obtaining proper instructions amounted to gross neglect and carelessness. However, the tribunal was not satisfied beyond reasonable doubt that he had lacked integrity.”

Deciding sanction, the tribunal found Mr Gale had been “sloppy, lazy and careless” but also that he co-operated with the SRA’s investigation.

“Fortunately” there had been “no harm caused to individual clients”, although “the potential for harm was high”.

Concluding that a financial penalty was appropriate, the tribunal said: “The respondent had made the mistake of accepting instructions from one member of a family and in doing so had lost sight of his obligations to individual clients.”