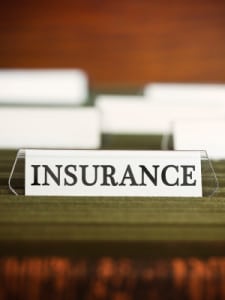 SDT: Firm held more than £250,000 in client funds, with no indemnity insurance

Three solicitors from East London have been fined by the Solicitors Disciplinary Tribunal (SDT) for failing to secure or check that indemnity insurance was in place for their firm, and continuing to accept new clients when they should have been closing it down.

The SDT said it was satisfied that the behaviour of Rebecca Ashghar, founder of Whitechapel-based Diamond Solicitors Limited, was “not intentional” and arose from her failure to “make any or adequate” enquiries as to the firm’s insurance position.

However, the SDT said there was a “significant”, if ultimately unrealised, risk to the public, as the firm held more than £250,000 in its client account “when there was no insurance in place” to protect it after the date by which Diamond Solicitors should have shut its door.

“The tribunal also determined that by breaching the rules in the way she did, Ms Ashgar’s misconduct was harmful to the reputation of the profession.

“The tribunal considered that [she] ought to have known that she was in material breach of her obligations to protect the public and the reputation of the profession.”

However, the SDT noted that Ms Ashgar, admitted in 2003, had a “previously unblemished career” and that “once the position became clear to her”, voluntarily notified the Solicitors Regulation Authority (SRA) of the facts, co-operated with it and effected an “orderly wind-down of the firm”.

Mohammed Rahmad, a registered foreign lawyer and also a manager at Diamond Solicitors, was reprimanded and ordered to contribute £10,000 in costs.

The SDT said it “took account of the culpability of each respondent”, but was “also mindful that all the respondents had caused the costs to escalate due to the number of documents submitted in their defence”.

The SDT heard in SRA v Ashgar and others (case no. 11333-2015) that the regulator investigated the firm after it was notified on 2 January 2014 that it had been unable to find indemnity cover.

The tribunal found that the three lawyers had failed to notify the SRA within the time limits of the firm’s entry into the extended indemnity period or the cessation period.

The SDT ruled that the solicitors had also broken the rules by failing to effect an “orderly and transparent wind-down” during the cessation period and continuing to hold client money.

“All three respondents stated that they were not aware that they were in the cessation period, and consequently none of them tried to prevent the firm from accepting new instructions and taking on new work.”

Ms Ashgar was found to have breached her duties as the firm’s COLP by failing to ensure compliance with the firm’s regulatory obligations and report material issues to the SRA.

In her defence, Ms Ashgar’s counsel submitted that they arose out of a “four-way breakdown in communication” between the three lawyers and her father, Dr Ashgar, who was the office manager and company secretary.

Ms Ashgar argued that the second and third respondents “tried to distance themselves from the misconduct despite their admissions”, by placing “all the culpability” on her.

However, the tribunal said: “Having found all allegations proved, the tribunal also found that all the respondents had failed in their responsibilities as principals of the firm, that failure being on more than just a strict liability basis.”