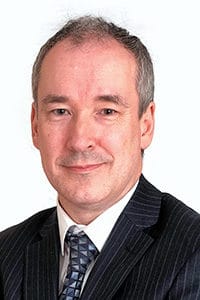 Kirwan: delays in legal aid payments of up to five months

The Solicitors Disciplinary Tribunal has fined or reprimanded the directors of a law firm for using legal aid disbursement payments to pay essential bills, after the economic recession and a merger put it under financial pressure.

But it emerged during the hearing at the end of September that if legal aid bills owing to the firm had been paid promptly, it would have been well within its bank overdraft.

The tribunal recorded that “a combination of late payments, the firm’s bank’s hardening attitude to lending and the firm’s indebtedness due to taking over another practice created extremely difficult conditions”.

Three-office Staffordshire and Stoke on Trent firm Nowell Meller Solicitors, and its directors, solicitors Stephen Kirwan, Jane Matthewman, and Deborah Hackney, plus a former director, Andrew Hall, were charged with breaches of Accounts Rules that require legal aid payments to be either used to pay disbursements or to be transferred to client account within 14 days, between 2010 and 2013.

The firm, which has more than 50 staff, merged with Arthur Boulton & Son in Burslem and Stoke on Trent in November 2007, effectively doubling in size.

The first four respondents admitted the rules were breached, but denied any intention to breach them, while Mr Hall admitted breaches had occurred, but denied there had been any deliberate conduct on his part.

Initially the SRA alleged that Mr Kirwan, the firm’s managing director, and Mr Hall, who left the firm in September 2012, had acted dishonestly. But it applied to withdraw the allegations five days before the hearing began, after a review of the evidence.

The alleged rule breaches came to light because Mr Kirwan self-referred the firm in December 2012 after the ‘holding back’ of legal aid payments had grown to a total of more than £120,000. By August 2013, the figure had dropped back to about £71,000.

The tribunal noted that the position in which the firm operated “had been made worse” by delays in legal aid payments due to the firm, estimated by Mr Kirwan to be £170,000 in bills submitted but not paid at December 2012. It also noted that the Legal Services Commission’s (LSC) practice of paying monies into firms’ office accounts meant that, because of the firm’s overdraft limit, cheques paid out for professional disbursements would have likely been dishonoured.

Ms Hackney had also become aware of the breaches late on, and as a salaried director had a “junior role” on the board of directors. While she had acquiesced in the breaches, the tribunal was not satisfied she had facilitated or permitted them.

Mr Hall, the tribunal found, had been aware of the firm’s financial difficulties from an early stage and had had “a role in acting as a ‘gatekeeper’” to the office account. As a director he was “strictly liable for any breaches… which occurred”. However it accepted Mr Hall’s evidence that he was ignorant of the rules and so could not be satisfied that he had facilitated, permitted or acquiesced in the breaches.

In relation to the SRA’s allegation that wrongdoing in the case was misconduct beyond breaches of the rules, the tribunal accepted that the practice of ‘holding back’ funds would be seen by the public as “inappropriate”, and that each of the first four respondents “had been involved in conduct which amounted to a breach of… principle 6” (which says that solicitors must behave in a way that maintains the trust the public places in them and in the provision of legal services).

But in Mr Hall’s case, since “it appeared he was blissfully unaware of what was happening”, the tribunal “could not be sure he condoned the breaches in any way”.

The tribunal found that the directors who had breached principle 6 were nevertheless “not people motivated to a significant degree by the pursuit of money but rather were individuals who wanted to provide a good service to clients and contribute to society more generally.”

It found their “motivation… was genuine and included a desire to protect clients and staff”. While the directors “could have chosen to close the firm, with the consequent difficulties for clients, creditors and staff as well as the directors”, instead they chose “to try to trade out of their financial problems, a course of action which appeared to be bearing fruit”.

Further, no client had been harmed, the firm’s suppliers had been informed about the financial problems and had not only not raised any complaint but continued to work with the solicitors. They were eventually paid.

The tribunal did not find a lack of integrity (principle 2) proved against any of the respondents.

The tribunal found the firm had breached the Accounts Rules, but since it could act only through its directors and that they were also parties to the proceedings, it was not appropriate to make any order against the firm itself.

Reflecting on the judgment, Mr Kirwan told Legal Futures that while things were better now, there were previously serious delays in legal aid payments: “The net effect was that we went from a scenario where bills were being paid in a couple of weeks of being presented to one where they were being paid two, three, four, five months after they were presented.”

He said he had made the disclosure to the SRA in part because the firm was “just about to enter into the regime of the COLP and COFA, which would have required it even if it had been debatable before then”.

He suggested that “the scenario in which we found ourselves is one that is very common” and hoped that “nobody reading that [judgment] is going to think any the worse of us”.

A spokesman for the Legal Aid Agency (LAA), since 1 April 2013 the successor body to the LSC, said: “The [LAA’s] standard payment times are within two weeks of receiving a claim for payment from a firm. We have an established process in place for firms in financial difficulty to request for their payments to be expedited.”