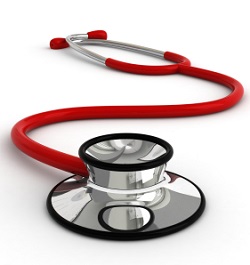 The Solicitors Disciplinary Tribunal (SDT) has strongly criticised a solicitor who gave “misleading” evidence on her husband’s £80,000 investment in a personal injury firm, which it said encouraged her to pay banned referral fees.

The SDT found that both Hafizah Begum, a partner at Adamsons Law, and the firm’s owner Imran Rashid had broken the rules on referral fees, paying out around £150,000 over two years.

They were each fined £5,000 for the misconduct.

Mr Rashid, who admitted all the allegations against him and his firm, was described by the SDT as a “credible, measured and straightforward witness”.

However, Ms Begum was “inconsistent in her evidence and often evasive”, giving “implausible” answers and lacking credibility.

“There was no reference in her witness statement to her husband investing in the firm. When [she] did refer to the investment during evidence in chief, it was in relation to her husband’s best friend and business partner investing funds in the firm.”

The SDT said Ms Begum’s evidence was “misleading” in trying to give the impression that the funds were provided by a third party.

The tribunal said Ms Begum, head of personal injury at Oldham-based Adamsons, had been equally evasive about her income from the firm, initially stating she received only a salary, before admitting, after cross-examination, that she had a profit share agreement.

During his cross-examination at the tribunal, Mr Rashid said Ms Begum’s family had invested “approximately £80,000” into the firm and his decision to appoint her as head of personal injury was “directly linked” to this investment.

He said he had relied on her, and other heads of department at the firm, to ensure their parts of the firm were functioning properly; he accepted that he should have been more vigilant.

Ms Begum, admitted in 2013, was initially employed as an assistant solicitor, before returning after a short break as director and head of personal injury from September 2014 to January 2015.

Mr Rashid admitted paying personal injury referral fees, in breach of section 56 of LASPO and SRA principles 6 and 7, and allowing his decision on which medical agency to use to be directly influenced by the introducer.

He also admitted failing to provide clients with accurate information on the financial or other interests introducers had in referring clients to the firm.

The same allegations were made against Ms Begum, but she denied all of them. The tribunal found them proven, saying she knew what had been going on with the referral fees.

The SDT said it did not accept that she had been as “naïve and inexperienced” as she claimed to be, as she had attended meetings with new referrers, signed agreements, and managed and allocated referrals.

The tribunal said it was “quite inconceivable” that she had not paid banned referral fees, and Mr Rashid was entitled to rely on her for confirmation that the payments were proper.

It concluded that Ms Begum was more culpable for the misconduct than Mr Rashid, whose motivation had been “to grow his business and make a profit”. But as the most senior solicitor within the practice, his level of culpability was still high, although the harm caused to clients was low.

“It was clear to the tribunal that [Ms Begum] had a personal interest in looking after her husband’s money and indeed, there had clearly been discussions about a bonus related to profit.

“This gave her the motivation and a financial incentive in ensuring she introduced more cases to the firm and completed them quickly.”

Nonetheless, it found that she had “not acted intentionally” in breaching the rules and there was no evidence that any client had suffered as a result.

The tribunal noted, apportioning costs, that Ms Begum had denied the allegations, “substantially prolonging” the hearing, made an unsuccessful application of no case to answer, which “had again prolonged the hearing”, and all the allegations were directed against the personal injury department, where Ms Begum was head.

Mr Rashid said he was now practising on his own in criminal law, where he had started before diversifying given the difficulties caused by legal aid.