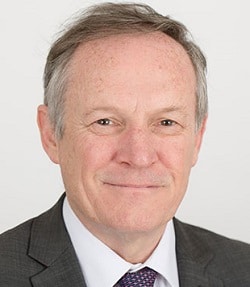 The Solicitors Disciplinary Tribunal (SDT) inched closer to adopting a civil standard of proof yesterday when it published a consultation on whether to ditch the current criminal standard.

Other professional regulators have switched to the civil standard in recent years, leaving just solicitors and veterinary surgeons as the only professionals subject to the criminal test.

Barristers will no longer be judged against the higher standard from next April when the Bar Standards Board switches.

The Law Society sought to pre-empt the SDT consultation with its own poll in April, but only 40 solicitors responded to it. Of them, 37 supported retaining the criminal standard of proof.

An increase in agreed outcomes is one possible result of the change as the SRA already applies the civil standard.

The tribunal observed that oversight regulator the Legal Services Board also supported adopting a civil standard on consumer protection grounds.

It said: “The tribunal recognises that it is not necessarily in the public interest for solicitors to be able to avoid a disciplinary sanction when it is more likely than not that they are guilty of professional misconduct but the tribunal cannot be ‘sure’ of this.

The fact that other professionals had abandoned the criminal standard was a strong argument, it said.

“It is argued by some that this leaves the tribunal out of step with the large majority of the other professional regulators and means that solicitors could be accorded what might appear to be preferential treatment compared with other professions practising in the England and Wales.

“The tribunal has now decided that the time is right for it to review and decide definitively upon the issue, having regard to the respective arguments for and against a change to the standard.”

SDT president Ed Nally said it was a “perfect opportunity” for the tribunal to address the question.

He continued: “I have said before that we will take the initiative on this, and look forward to the results of the consultation with great interest.

“My intention is that, at the end of the process, the new rules that emerge will be sustainable and clear, providing a solid framework for those engaging with the tribunal in the future.”

The Law Society’s consultation found solicitors arguing that “the serious consequences of cases and the current high prosecution success rate are good reasons for facts to be established ‘beyond reasonable doubt’ in the SDT.”

They rejected a like-for-like comparison with other professions because solicitors were regulated differently.

The SDT consultation ends on 8 October.