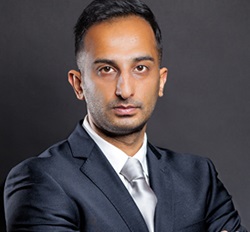 The tribunal made the comments in its written ruling suspending former principal Kamran Akram for 18 months and ordering him to pay costs of £115,000.

The SDT said “inflated bills” were sent out by Asons, based on “over-grading [of fee-earners] and false claims for special damages”, but Mr Akram “had not been found to have known about matters at the material time”.

However, he was “fully aware” of a conflict of interest between Asons and its clients in resolving personal injury claims where applications for costs or special damages were challenged by insurers.

Mr Akram was found to have put his interests or the interests of claims management companies ahead of his clients, failing to provide them with a proper service and putting them at risk of costs or sanctions for contempt of court.

The tribunal said Mr Akram should have taken a “much more hands-on approach”, including “complete accuracy” in communications to the court. Instead he allowed a “misleading letter” to go to court when he applied to go off the record in May 2016.

The solicitor failed to notify clients of the conflict of interest, failed to advise them to seek independent legal advice or that they might have a claim against Asons, and applied to come off the record without informing them.

“The tribunal found it completely unacceptable to abandon clients only one week before the hearing without notifying them or advising them to seek independent legal advice.

“These letters were self-serving and the tribunal found this to be disgraceful.”

Delivering judgment, the tribunal heard that Mr Akram, born in 1977, was admitted to the roll in 2005.

Asons started trading in 2008, and the solicitor was its sole director, shareholder, beneficial owner, COLP and COFA and complaints handler until the firm was closed down by the Solicitors Regulation Authority (SRA) last year.

Before the intervention, the personal injury firm had 20 lawyers, 56 non-lawyer fee-earners and by May 2016 was turning over £11.6m. Some 250 people lost their jobs following the firm’s collapse.

Following allegations by defendant insurers and their law firms, the SRA launched an investigation in September 2014.

The SDT heard that Asons settled two major groups of claims brought on behalf on insurers by the law firm BLM.

In December 2015, Asons paid £200,000 to settle the ‘BLM Nottingham litigation’, where insurers alleged false or exaggerated special damages, and in April 2016 paid £525,000 to settle the ‘BLM Manchester litigation’, which alleged that it had mis-represented the level of fee-earner carrying out work so as to claim an hourly rate for a higher grade.

The tribunal found that Mr Akram had “expanded Asons at such a rate that he was unable to cope with it” and “not having someone in situ to monitor the expansion was a serious breach”.

However, the tribunal found him to be a “credible witness” who had prepared a “very detailed witness statement” and gave “clear and direct answers which were consistent with his interview with the SRA”.

He was found, between late 2013 and early 2015, to have caused or permitted costs applications in personal injury claims which “systematically misrepresented” the grade of fee-earners, and which were inflated by the inclusion of fake ‘file reviews’.

In each of these allegations, Mr Akram was found to have breached the SRA Principles but not principle 2 (acting with integrity). He had not been aware of what his head of finance, who was a costs draftsman and responsible for billing, was doing, the SDT said.

Mr Akram had placed “far too much trust” in this man, but the tribunal said he had employed the costs specialist “in good faith and with the best of intentions”.

It was a similar story in relation to the false special damages claims, about which the tribunal could not be sure he knew. Instead there was evidence that another member of staff was involved in it.

When Mr Akram became aware of the practice, he stopped it and, belatedly, self-reported to the SRA.

In relation to acting where there was a conflict of interest, Mr Akram was found to have lacked integrity and acted recklessly, as he was in relation to misleading the court by way of a witness statement.

Mr Akram was found to have broken further rules by causing or permitting prohibited referral fees to be paid; though he had sought counsel’s opinion on the referral fee ban and told staff to follow the advice, the tribunal said there had still been a “small number” of breaches.

But they were “not indicative” of Mr Akram having lost his moral compass.

He was further found to have failed to carry out effectively his roles of principal, COLP and COFA of Asons.

However, it dismissed an allegation that Mr Akram acted as proxy for his non-lawyer brother, who was the CEO of Asons and, the SRA alleged, had de facto control of the firm.

All allegations of dishonesty against him were also dismissed.

In mitigation, he was described by his counsel as “wholly contrite” and a “broken man” who had been “brought to his knees”.

The tribunal found that his conduct was “very concerning”, but it was “not planned and in many instances arose from omissions”.

Mr Akram’s conduct was further mitigated by an “element of deception” on the part of the former head of costs.

The SDT said the “only appropriate sanction” was immediate suspension, which must be long enough for Mr Akram to reflect on his behaviour. The solicitor was suspended for 18 months and ordered to pay £155,000 in costs.