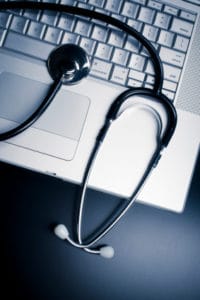 The Solicitors Disciplinary Tribunal (SDT) has completely cleared a solicitor at Preston-based personal injury firm Barber & Co of serious allegations, including that he had wrongly taken success fees from clients’ damages.

The SDT also cleared the firm’s principal, Arif Barber, of the most serious allegations, though he did receive an £8,000 fine for other rule breaches.

It remains rare for solicitors to emerge from tribunal proceedings cleared of all charges.

Mr Barber, born in 1967, and Yasin Bagas, born in 1982, were both accused by the Solicitors Regulation Authority (SRA) of causing or allowing deductions to be made from clients’ damages without a proper basis for doing so, and failing to properly supervise unqualified fee-earners.

These allegations were dismissed, with the SDT finding that actually the deductions taken from the clients’ damages by way of a success fee were lower than they were contractually bound to pay.

The clients had been provided with adequate information to make an informed decision, it continued. “It was evident that they had, at all times, acted in the best interests of [the clients] and had provided them with a proper standard of service.”

Two further allegations were made against both men, relating to a ruling by HHJ Peter Hughes QC at Carlisle County Court last year and involving a medical report apparently forged by two non-qualified staff who had previously worked for Barber & Co.

The SRA alleged that Mr Barber and Mr Bagas had failed to undertake proper investigations into the “serious concerns” brought to their attention as a result of the case and failed to provide reasonable co-operation and assistance to parties and the court.

The SDT noted that “whilst HHJ Hughes QC suggested that the first respondent [Mr Barber] was implicated in the fraud, it was no part of the SRA’s case that either respondent knew of, or were involved, in any fraudulent activity”.

The tribunal “found that once the serious concerns were made known to the first respondent, such that he was under a duty to investigate, appropriate investigations were undertaken with proper diligence and expedition”.

The allegations relating to the court case were also dismissed, completely clearing Mr Bagas of any misconduct.

Mr Barber was found guilty of multiple breaches of the accounts rules, including failed to maintain properly written up accounts, retaining money in office account and failing to remedy breaches. He admitted all these breaches.

The tribunal found that Mr Barber had also failed to obtain consent from clients for deductions from damages and failed to provide sufficient information to clients.

The sole practitioner was further found to have failed to notify three clients of the risk that fraudulent claims had been advanced on their behalf or their damages misappropriated.

Though other principles were breached, the SDT rejected the SRA’s allegation that Mr Barber had shown a lack of integrity (principle 2).

He was similarly found not to have breached principle 2 in failing to notify law firms/and or defendant insurers of the risk that “they had paid profit costs to the firm in relation to claims that were either wholly fraudulent or were based on fraudulent medical reports”.

“His misconduct was not motivated by financial greed or personal gain, but was caused by the first respondent’s failure to make appropriate plans and ensure that appropriate systems were in place.

“As the sole principal of the firm, the respondent was for ensuring that matters were properly taken in hand; he failed to do so. He was an experienced solicitor, who had been in practice for over 20 years and had set up his practice in 1996.

“The tribunal noted that whilst the first respondent had failed to properly inform insurers of the position with the claims, he had ring-fenced the profit costs received – that was to his credit.”

Mr Barber was ordered to pay costs of £25,000, half of what the SRA had sought. The tribunal said the prosecutions were properly brought.