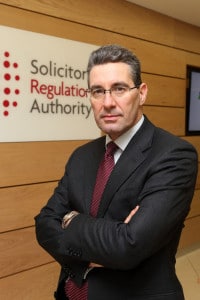 A decision by the Solicitors Disciplinary Tribunal (SDT) to grant retrospective anonymity to a solicitor who had only been found guilty of a technical rule breach flouted the principle of open justice, the High Court has ruled.

Mr Justice Nicol, sitting with Lord Justice Burnett, said the tribunal decision in the case of Richard Spector was “wrong in principle and not one which it could rationally make”.

Upholding the appeal of the Solicitors Regulation Authority (SRA), he said the tribunal failed to recognise the importance of the open justice principle, any departure from which had to be justified.

Further, the premise of the SDT’s publication policy seemed to be that there was something discreditable in having been acquitted of all (or all serious) charges.

“That cannot be right. Since the SRA’s allegations against the third respondent [Mr Spector] were not made out, his professional reputation has, in that sense, been vindicated. To the extent that the tribunal thought that the very bringing of charges by the SRA imputed some kind of taint on the third respondent’s character, that cannot possibly be sufficient justification for departing from the principle of open justice.”

In 2014 and 2015, Mr Spector, along with Joe Ezaz and Darren Dale were before the SDT on various charges, some of which related to stamp duty land tax mitigation schemes while they were members of two firms: European Legal Solutions and ELS International Lawyers.

Following 15 days of hearings, Mr Ezaz, who at the time was not on the roll of solicitors, was found to have breached the accounts rules and failed to act with integrity. He was banned from applying for restoration to the roll for six months. Mr Dale was fined £1,000 for breach of the accounts rules. They were also ordered to pay £20,000 and £8,000 respectively towards the SRA’s costs.

Mr Spector had been found guilty of one of seven offences, which the SDT considered minor and at the lowest level of wrongdoing – on its own it would not have justified referral to the tribunal, it said. It imposed no sanction, and did not require him to pay any of the SRA’s costs.

On top of the anonymity order granted following Mr Spector’s application at the end of the case, the SDT ordered the SRA not to disclose his involvement in the proceedings except where the enquirer was already aware of it.

Nicol J said this put the SRA in a “wholly invidious position” when someone not aware of the case enquired about Mr Spector, and also inhibited the performance of its statutory duty to act transparently.

In any case, the court noted, this was not a matter where there was a secret to be preserved.

“The hearings took place in public. The third respondent was identified in those public proceedings. His identity was no secret. Furthermore, the court hearing lists which named him were, and are still, available on the SDT’s website. There are other clues to his identity in the written reasons which are also publicly available on the SDT’s website. No great IT sophistication is necessary to work out who ‘the third respondent’ is…

The court also dismissed Mr Spector’s appeal against the tribunal’s refusal to award him costs against the SDT. The case law said that the case would have to be improperly brought, or be a shambles from start to finish, to justify such an order given its possible chilling effect on future prosecutions, and that was not what happened here.

SRA chief executive Paul Philip said: “We welcome the decision, which recognises the impossible position the tribunal put us in by making this order. As the High Court points out, members of the public were present at the hearings and would have known that Mr Spector was there, and of course his name had appeared on the tribunal listings as well.

“Retrospectively granting anonymity was just wrong, and in light of the court’s comments on the tribunal’s flawed policy, a review might be in order.”