SDT allows solicitor who overturned strike-off to return to practice 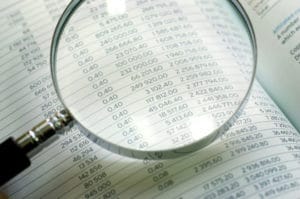 A solicitor who successfully challenged her strike-off at the High Court can return to practice following a decision by the Solicitors Disciplinary Tribunal (SDT).

The High Court ruled last summer that the tribunal was wrong to suggest that Rukhsana Kiani, a sole practitioner based in north-east London, had been dishonest.

Mrs Justice Laing said that although it had not made a finding of dishonesty against Ms Kiani, a “reasonable reader of the SDT’s judgment” would consider that dishonesty had been considered.

Laing J allowed the solicitor’s appeal on sanction and ordered that the case be remitted to a differently constituted tribunal.

Delivering its decision in SRA v Kiani (case no. 11204-2013), the new tribunal said the court had not overturned any of the seven allegations made by the Solicitors Regulation Authority (SRA) against Ms Kiani which were found proved at the earlier hearing.

These consisted of four breaches of the Solicitors Accounts Rules, including withdrawing money from client account without written instructions and in one case creating a shortage on client account.

Ms Kiani was also found by the original tribunal to have failed to act with integrity, contrary to the Code of Conduct, failed to have “sufficient regard for her duties” under the money laundering regulations, and permitted money to pass in and out of client account with no underlying legal transaction.

In mitigation, counsel for Ms Kiani told the new tribunal the case was “unusual”, in that “all the factual matters in the case pre-dated the start of the investigation” by the SRA in 2010 and Ms Kiani was “not responsible for any of the delay” in the case.

Counsel said Ms Kiani and her husband separated in 2007, and the following year, the solicitor was the victim of a car-jacking, which had injured her and left her with post-traumatic stress disorder.

He said that in 2009, Ms Kiani’s firm was forced to reduce its staff, in the wake of the financial crash. Following the end of the partnership, in April that year, counsel said she became a sole practitioner, when all of the “relevant events” took place.

The SDT heard that Ms Kiani had not been to work in the profession since her striking off in September 2014 and was now an undischarged bankrupt.

Some of the rule breaches had arisen from becoming involved with ‘inter-client loans’. Ms Kiani told the tribunal: “Such loans are commonplace in the Muslim community. I now understand that they are not a proper part of a law practice and I should not have engaged with them.”

On sanction, the tribunal said: “There was no suggestion of any improper motivation; rather, the respondent had believed she was assisting her clients and community.

“Her misconduct was not planned. The respondent’s stewardship of client funds fell below the standard expected of solicitors, but her actions had not caused any permanent loss (although there had been a risk of loss).

“The respondent had not intended any harm by the way in which she had dealt with the various transactions.”

However, the tribunal also said Ms Kiani’s breaches of the accounts rules and failure to comply with the money laundering regulations would harm the reputation of the profession.

“There had been a real risk of harm being caused, but no evidence of actual harm. The tribunal had, of course, found that the respondent had lacked integrity with regard to two allegations, and a total of three transactions.

“The respondent’s conduct had been potentially misleading to third parties. A solicitor who lacked integrity could expect a severe sanction.”

The SDT said Ms Kiani’s misconduct was “far too serious” for a reprimand or fine, but striking off “would be disproportionate on the facts of this case”.

The tribunal concluded that a suspension for one year was the appropriate sanction, which it backdated to September 2014, when she was struck off.

However, conditions were imposed on her return to practice, so Ms Kiani cannot work as a partner or sole practitioner in a law firm, but only as a solicitor in employment approved by the SRA. In addition, she is banned from handling client money for two years from April 2016.

Since the fresh tribunal hearing had resulted from an error by a previous tribunal, the SDT made no order for costs.