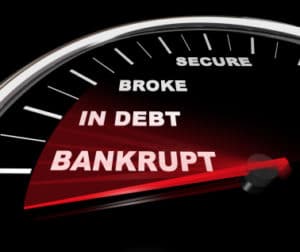 A solicitor who was suspended indefinitely after failing to pay his firm’s indemnity insurance premiums and later became bankrupt has been allowed to return to the profession by the Solicitors Disciplinary Tribunal (SDT).

Imposing conditions on the practising certificate of Harjit Singh Kang to prevent him managing a firm, the SDT said the bankruptcy had wiped out the debt relating to the insurance premiums.

Mr Kang was sole principal of HS Kang & Co in Barking, Essex, until it closed in October 2011. He was indefinitely suspended by the tribunal in 2012.

At the time, law firms which could not obtain indemnity insurance entered the assigned risks pool (ARP), managed by Capita.

Although the solicitor “made an effort” to pay some of the outstanding sum and co-operated with the Solicitors Regulation Authority (SRA), the tribunal ruled at the hearing that to preserve the “integrity of the insurance system”, he had to be removed from practice.

The tribunal recommended that Mr Kang’s suspension should end only when he paid the money.

However, in his submissions this year, Mr Kang told the SDT that after he had been declared bankrupt in 2011, the ARP told him the debt was extinguished by the bankruptcy.

Mr Kang’s bankruptcy was discharged in 2014. For the last two years he had been working in the profession with the SRA’s permission.

The solicitor told the tribunal that he had “undertaken a fair amount of family work, including complex care proceedings and ancillary relief”, as well as doing immigration work, including appeals to the First Tier Tribunal.

“The applicant stated that he believed he could once again be a credit to the profession. Possibly he had not cherished his practising certificate enough, but he would certainly do so in the future if he were restored to the roll.”

Mark Gibson, counsel for the SRA, responded that there had been claims on the Compensation Fund relating to HS Kang & Co, one of which resulted in a payment of over £98,000 in April 2016.

Mr Gibson said he had discussed the issue with Mr Kang, who “remembered that it related to a fraudulent conveyancing matter”, although the solicitor did not deal with conveyancing.

“When pressed by the tribunal”, Mr Gibson indicated that the SRA supported Mr Kang’s application, subject to the SDT considering conditions.

The tribunal said Mr Kang had been suspended for a “considerable time”, during which time he continued to work within the profession under stringent conditions.

“The applicant had worked in approved employment for much of the period of suspension for very modest remuneration and had an excellent reference from his current employer, and the tribunal now had a written assurance that he would be offered employment as an assistant solicitor if his application was successful.”

Mr Kang also told the tribunal that he wanted the ability to act in future as an independent consultant to law firms, which the suspension made difficult to achieve.

The SDT said a “most important factor” was whether Mr Kang represented a risk to the public if the suspension was lifted, given that he had appeared at the tribunal in 2009 for a series of rule breaches unrelated to his later problems with the ARP.

The breaches included failure to supervise an office of the firm and respond to correspondence from the SRA, and were admitted. He was fined £5,000 and ordered to pay 75% of the costs.

However, the SDT said it was satisfied that the suspension could be lifted without putting the public at risk, provided restrictions were in place.

It ordered that the application of Mr Kang for the determination of his suspension should be granted, and that he should pay costs of £2,700.

However, it said he should not be allowed to practise as a sole practitioner or owner of a law firm, from being a COLP or COFA, and from holding client money or being a signatory on client account. His employment as a solicitor was made subject to the approval of the SRA.