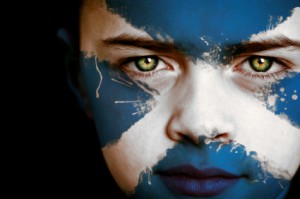 The row about introducing alternative business structures (ABSs) in Scotland took a fresh turn this week after members of the Law Society of Scotland voted very narrowly to support the current policy in favour of them.

After a vote in support at the society’s 2008 AGM, some 2,245 member voted in favour of the introduction of ABSs in a postal ballot, just 24 more than those who voted against. The motion was framed to support ABSs so long as there are appropriate safeguards to protect the core values of the legal profession and there is an equivalence of regulation between ABSs and traditional firms.

In a second vote, 81% were in favour of the society applying to be an ABS regulator if they are introduced.

The vote came after a rearguard effort by some of members to change the society’s position and oppose the Legal Services (Scotland) Bill that is currently before the Scottish Parliament and will introduce ABSs. A special general meeting was called by the Scottish Law Agents Society, which was adjourned last month to allow for talks with the Law Society of Scotland. The meeting will be reconvened on 16 April.

The society’s president, Ian Smart, said: “The narrowness of the result clearly illustrates just how the issue has brought out widely divergent views across the profession.

“While there have been a few heated remarks on the wider fringes of the debate, I believe that the vast majority of solicitors still wish to try and find a united way forward. These results will therefore inform the ongoing policy debate which will also continue both in private and reconvened special general meeting later this month.

“There are, I believe, already  areas of consensus on some models of ABS but more work still requires to be done to find an overall solution to what is, undoubtedly, one of the most important issues faced by the society in my more than 30 years of professional life.”

Last month, the Scottish Executive bowed to pressure to remove from the Bill the ability for ministers to set the criteria and proportion of non-solicitor members of the society’s governing council. It will also consider regulating unregulated will-writers following a recent consultation (see ).

Meanwhile, the Law Society of Scotland is holding a second referendum on its dual representative and regulatory role following a requisition from members of the Glasgow Bar Association, MacRoberts Solicitors and others.