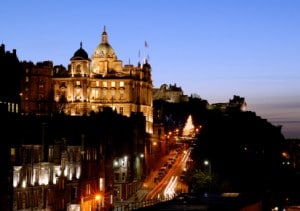 Scotland: no new entrants have showed their hand yet

Early interest in the Scottish form of alternative business structures (ABSs) is coming from solicitors looking to form partnerships with other professionals, rather than seeking external investment, the Law Society of Scotland has revealed.

The society has submitted the first draft of a regulatory framework for ABSs – which will be known north of the border as licensed legal services providers – to the Scottish government in its bid to become an approved regulator. It hopes to start accepting ABS applications by the end of the year.

The Scottish regime does not allow external ownership of law firms, requiring majority ownership by solicitors and/or other regulated professionals, such as accountants or surveyors.

Phillip Yelland, the society’s director of regulation, said there has been an upsurge in interest in the possibilities of an ABS structure from firms big and small. “You only have to look at what’s happening in the marketplace with the number of recent cross-border mergers to realise that solicitors are considering what the best model is for their business moving forwards and ABSs are part of those discussions.”

However, he told the society’s Journal: “What’s been quite instructive as well is that most of the people who have spoken to us to date are talking about bringing other professionals into the business, not about external capital…

“One question I’ve been asked by several people is, have you been approached by any new entrants into the market? And the reality is, not at this stage.” Mr Yelland said this may not happen until a regulator is approved and intending entrants can see how it is going to operate.

Last year Scottish private client firm Turcan Connell expressed its intention to be in the first wave of ABSs so that it could bring non-lawyers into the partners. Meanwhile, recent research indicated that the recent spate of Anglo-Scottish mergers was linked to the prospect of ABSs.

It remains too early to say when the new regime will begin. Mr Yelland said: “We are hopeful that the Scottish government will confirm it is content with the direction of travel we’re going in with our draft regulatory scheme so far. However, we are limited in what we can do until the government introduces regulations on some key issues such as spent convictions, similar to those promulgated in England and Wales, and regulations relating to investors, to allow us to flesh out our draft regime for licensed providers in Scotland.”

Potential ABSs are being encouraged to contact the society to start a confidential discussion about their plans. “This will help our development of a regulatory regime and also mean that if we think that what they want wouldn’t be permitted, we can have discussions about that at an early stage,” Mr Yelland said.