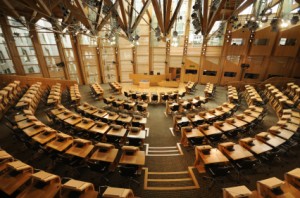 Scottish Parliament: top judge should have role in approving regulators

Alternative business structures (ABSs) in Scotland are set to need majority ownership of solicitors or other profess-ionals after a vote in the Scottish Parliament yesterday.

In a debate on stage 2 amendments to the Legal Services (Scotland) Bill – the equivalent to the committee stage of a bill’s progress through the Westminster Parliament – Justice Committee MSPs rejected proposals for 100% external ownership and agreed that new “licensed legal services providers” in Scotland would be at least 51% owned, managed and controlled by solicitors, firms of solicitors or incorporated practices, or members of other regulated professions.

Jamie Millar, president of the Law Society of Scotland, said he was pleased by the vote: “It’s clear that MSPs on the committee have listened carefully to the issues and concerns raised by the profession and others, particularly those about external ownership, and what has been agreed today is very much in accordance with the Society’s own policy on ABS ownership.”

Mr Millar said the society was also pleased that the role Lord President of the Court of Session was to be enhanced and that his consent would be required in the appointment of approved regulators. He echoed the comments of Robert Brown MSP, who said the role of the Lord President was an important “constitutional buffer” between the government and the legal profession and necessary to preserve the independence of the profession.

In his recent speech at Oxford’s Said Business School, the president of the Law Society of England and Wales, Robert Heslett, called for the judiciary to be more involved in the regulatory landscape south of the border.

The committee also backed provisions in the bill for a compensation fund to protect clients of new legal services providers – equivalent to that solicitors already have – as well as the regulation of will writers.