Scottish law firm can be sued for negligence in England 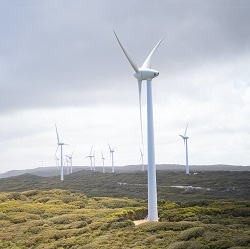 A Scottish law firm, which has no offices south of the border, has failed in a jurisdiction challenge to halt a negligence claim over advice a solicitor gave over a Cornish wind farm project.

Chief Master Shuman said the client in the case told the court he did not attach “any significance” to where dual English and Scottish-qualified Donna Kelly-Gilmour, then a partner at Glasgow-based Wright Johnston & Mackenzie, “happened to be located”.

Timothy Dart, sole director of Cornwall Renewable Developments, said it “would have made no difference to me had she done the drafting in Scotland or in England” because “everything of commercial or legal relevance was connected with England”.

“The agreements and advice were provided to the claimant and its director, in England. I am satisfied that the place of performance of the contract was England. I also further observe that the centre of gravity in this case was England.”

The company entered into heads of terms with the owners of two farms near Looe in 2012 and made a planning application to Cornwall County Council to build a wind farm on one of them the following year.

Martin Stephen, a solicitor at Wright Johnston, told the court that the defendant’s standard terms of business provided that the retainer was governed by Scottish law and subject to the exclusive jurisdiction of the Scottish courts.

However, for the purposes of the application, Mr Stephen accepted that there was no evidence that the firm sent a retainer letter or that Mr Dart was aware of the exclusive jurisdiction term.

Cornwall County Council refused planning permission for the wind farm in October 2013 and the company launched an appeal, which it abandoned the following September.

The company issued its claim for professional negligence almost five years later, in 2019.

Chief Master Schuman said there were five main allegations against the law firm – failure to conduct proper research, failure to advise that the agreements drafted were inadequate and that a bespoke agreement was necessary, failure to recommend alternative advice and, after the refusal of planning permission, failure to advise on how the situation could be remedied.

Counsel for the law firm argued that “the fact that the defendant’s services related to English law contracts concerning sites in England was irrelevant because Ms Kelly-Gilmour was in Scotland when she carried out the work, not by chance but because all of the defendant’s offices were in Scotland.

“In brutal simplicity that is his case: the court must be focused on where the defendant performed the service that it contracted to provide.”

Counsel for the company argued that the agreements drafted by the law firm were “to be governed by English law, the parties were English and based in England, and the purpose was to govern the relationship between the sites and neighbouring properties in Cornwall, to satisfy Cornwall’s ‘financial involvement’ requirement”.

Chief Master Schuman concluded that the English court had jurisdiction to hear the case under rule 3(a) of Schedule 4 of the Civil Jurisdiction and Judgments Act 1982 and dismissed the law firm’s application challenging the court’s jurisdiction.