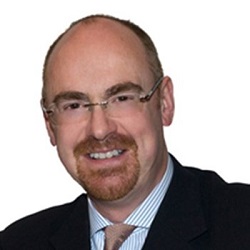 The Law Society of Scotland has been authorised to regulate licensed legal services providers (LPs), the equivalent of alternative business structures (ABSs), more than 10 years after the law allowing for them came into force.

The society said the new regime was due to launch in 2022.

LPs are similar to ABSs, but they must be 51% owned by ‘regulated professionals’ – a list which includes accountants, architects, surveyors, licensed conveyancers and barristers – although this restriction is currently under review.

The Legal Services (Scotland) Act 2010 permitted solicitors north of the border to set up LPs but has remained on the statute book gathering dust without implementation.

The Competition and Markets Authority (CMA) called in March last year for ABSs to be allowed in Scotland, and for the planned restriction, which at that time was 51% ownership by lawyers, to be removed.

It warned that the restriction would leave Scottish law firms at a “competitive disadvantage” with those south of the border.

Just as in England and Wales, the latest version of LPs would require at least one solicitor to be employed in the business, with a solicitor acting as head of legal services.

Ken Dalling, president of the Law Society of Scotland, said: “This announcement marks a significant step towards opening up the legal services market in Scotland to permit these new types of businesses.

“It has taken significant effort to get to this stage and we are working on the policies and processes needed to support the new regulatory framework.

“It will ensure licensed providers operate to high professional standards and that there are robust consumer protections in place, as there are for clients of solicitor firms.”

At the same time, the Scottish government is currently consulting on reforms to legal regulation which would see the 51% requirement scrapped.

The consultation, which closes tomorrow, said the removing the 51% rule “could allow scope for further possibilities around employee and community ownership which are now beginning to be considered as potential solutions where high street firms may be struggling”. This would also allow for outside investment into law firms, it said.

In its response, published this week, the Law Society of Scotland “strongly” agreed that consideration should be given to reducing the 51% rule, adding that the 2010 Act contained “many other challenges… beyond this ownership requirement which may limit alternative business structures take-up in Scotland”.

For example, it said, there was “no apparent reason for the legislative prohibition on non-profit organisations applying for LP status”.

However, now it has the LP authorisation power, the society said it would be “sensible to delay any amendments until such a time as an evaluation can be made of how the legislation operates in practice and the extent to which this encourages – or discourages – new entrants into the legal services sector”.

The first would see all legal professionals regulated by a new independent body accountable to the Scottish Parliament.

The second would effectively copy the regulatory set-up in England and Wales, with a ‘market’ regulator, again accountable to the Scottish Parliament, overseeing independent regulators of the different parts of the profession.

The third option would involve “enhanced accountability and transparency”. Each of the current professional bodies would have an independent regulatory arm which would be accountable to the Scottish Parliament or the Lord President, the head of the judiciary.

In its response, published this week, the Law Society of Scotland said setting up new and additional regulatory bodies as “unnecessary and costly”. But it called for an overhaul of the legal complaints system.

Mr Dalling said the system for handling legal complaints in Scotland was “cumbersome, complex and costs too much”.

He went on: “The cost of legal services is one of the biggest barriers to people getting the advice they need. Yet the consultation presents an option of creating a brand-new regulatory body, adding substantial costs which consumers would ultimately have to bear.

“This threatens the competitiveness of the Scottish legal sector, just as we recover from the Covid pandemic, and risks a loss of jobs to other parts of the UK.

“There is simply no evidence to justify moving forward with such a bureaucratic or expensive process.”