Scots lawyers decide they don’t want separate representation after all 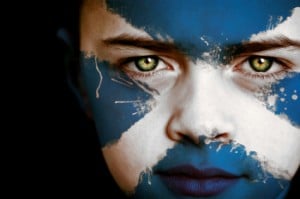 Scottish conveyancers have voted against the introduction of separate representation for borrowers and lenders – having initially called for it.

At a special general meeting of the Law Society of Scotland yesterday, 847 were against a rule change to the conflict of interest rules that would have prevented joint representation, while 671 were in favour, with one abstension.

The poll followed an earlier decision at the society’s annual general meeting in March when members voted for the principle of a move towards mandatory separate representation.

Bruce Beveridge, president of the Law Society of Scotland, said: “There has been a mood change within the profession since the vote at the AGM. The majority of solicitors at [yesterday’s] meeting clearly believe that the current practice works for their clients, although there remains a significant number of solicitors who have concerns.”

The issues around separate representation were originally raised by solicitors who were worried about the requirements placed on them by the banks and building societies, which they believed were increasingly onerous and could compromise their relationship with the buyer client.

Mr Beveridge said that since the AGM vote, “there has been a huge amount of work done in the interim and we have consulted widely with solicitors, the banks and their representative body the Council of Mortgage Lenders, and consumer interest organisations.

“It remains the case that homebuyers are generally unaware that their solicitor also has to provide specific legal advice to the lender and we will have to consider what we should do to ensure that all clients are clear about the duties and responsibilities of solicitors to both the house buyer and the lender.”

A member survey over the summer saw solicitors split over the change. The Council of Mortgage Lenders was strongly opposed to it, accusing Scottish solicitors of being “protectionist” in seeking the move. Last week Scotland’s largest conveyancing law firm, McVey & Murricane, said separate representation would be a “calamity” and instead suggested a temporary ‘stability fund’ to deal with the current wave of lender claims, with a £20 contribution made by clients in each transaction where a lender was involved.

The society’s regulatory committee will now consider what further work there should be on the issue.