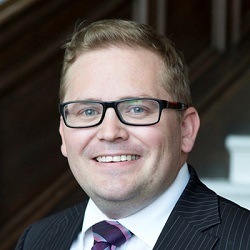 Etherington: Call to focus on issues where this is consensus

Views on whether Scotland should introduce a single legal regulator remain “polarised”, with consumers backing “radical changes”, while lawyers argue that it would undermine their independence as well as the rule of law.

The slimmest of majorities (51%) opposed a single regulator in responses to a Scottish government consultation on legal services regulation reform.

Views were equally divided on whether licensed legal services providers, the equivalent of alternative business structures, should continue to be majority owned by lawyers and other regulated professionals, with 52% of respondents agreeing.

The Law Society of Scotland was authorised to regulate licensed providers in December last year − more than 10 years after the law allowing them came into force. The Competition and Markets Authority had called for the 51% lawyer ownership rule to be removed.

Responding to the consultation, the same proportion of respondents (28%)  strongly agreed as strongly disagreed with removing the restriction.

Among the concerns of those who disagreed were that the “perception that this would not be independent of the Scottish government”.

The arguments by those from the consumer perspective who backed the move included that the current model of self-regulation allowed the legal profession to be ‘marking their own homework’ and lacked independence.

A second option for reform, moving Scotland to the ‘market regulator model’ seen in England and Wales, won the support of only 7% of respondents.

On the issue of complaints, large majorities agreed on a single gateway for all legal complaints, and that the professional regulatory bodies should maintain a role in handling them and investigating and prosecuting compliance issues.

In an analysis of the responses by Wellside Research for the Scottish government, researchers urged caution in the finding that a majority opposed the recommendation of the Roberton review, an independent review of legal services regulation, that a single regulator be introduced.

They said a “greater number of legal professionals” among the 57 organisations and 101 individuals who responded to the consultation “could have driven the results”.

“No clear consensus was reached with regards to which regulatory model was preferred and welcomed by both consumers and the profession alike” and “views remained polarised”.

They said some respondents, often those representing consumers, argued for “radical changes to the regulatory framework in order to provide independence from the profession”, which would “remove the current perceptions of bias and conflicts of interest, provide greater transparency and accountability, and increase consumer trust/confidence”.

Others, often those representing the legal profession, “argued that the case for radical change had not been made” and a single regulator would “undermine the independence of the profession and introduce oversight and influence from government/parliament”, undermining the rule of law and increasing costs for consumers.

The Law Society of Scotland welcomed the “high level of agreement” among responses on improving regulatory processes.

President Murray Etherington said respondents showed “widespread support” for reforms suggested by the society, such as introducing entity regulation and retaining a role for professional bodies in the complaints system.

“The Scottish government should focus on addressing those issues on which there is consensus among all respondents, and introduce changes which could be progressed quickly through the Scottish parliament.”