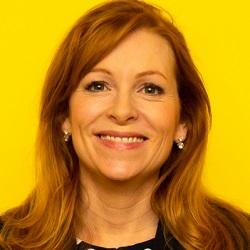 Denham: Improvements to the regulatory structure and delivery are needed

The possibility of a single regulator for all lawyers in Scotland – and the title of ‘lawyer’ having statutory protection – is being canvassed by the Scottish government.

It is also moving towards allowing alternative business structures (ABSs) in Scotland.

A consultation launched last week builds on the 2018 Roberton review and puts forward three potential models for the regulation of Scottish lawyers.

The first would see all legal professionals regulated by a new independent body that was accountable to the Scottish Parliament.

The second would effectively copy the regulatory set-up in England and Wales, with a ‘market’ regulator, again accountable to the Scottish Parliament, overseeing independent regulators of the different parts of the profession.

The third option would involve “enhanced accountability and transparency”. Each of the current professional bodies would have an independent regulatory arm which would be accountable to the Scottish Parliament or the Lord President, the head of the judiciary.

There are currently three lawyer groupings in Scotland: the Law Society of Scotland (LSS), which represents solicitors and solicitor-advocates, specialist conveyancers, ‘executor practitioners’ (who deal with probate) and notaries public; the Faculty of Advocates, which oversees advocates; and the Association of Commercial Attorneys, whose members have a statutory right to appear in court in relation to construction and building law.

The LSS already has an operationally independent committee to oversee its regulatory work.

As south of the border, the title ‘solicitor’ is protected by law. The consultation asked whether ‘lawyer’ should similarly be statutorily restricted to those with a legal qualification.

It said: “Consumer may not appreciate that there may be a difference between an individual referring to themselves as a lawyer, as opposed to a solicitor as all solicitors are lawyers.”

A law passed in 2010 allowed ABSs with a majority lawyer ownership but has never been brought into force.

The Scottish government said it was “working closely” with the LSS to do so but the society now believed that the 2010 Act was “effectively unworkable”.

The consultation said removing the 51% majority stake rule “could allow scope for further possibilities around employee and community ownership which are now beginning to be considered as potential solutions where high street firms may be struggling”.

It would also allow charities to directly employ lawyers to undertake reserved activities.

Other issues in the consultation include introducing entity regulation and adding legal tech to a statutory definition of ‘legal services’, bringing those who “facilitate and provide” legal tech services within the regulatory framework.

Community safety minister Ash Denham said: “We have one of the best legal professions in the world, however improvements to the regulatory structure and delivery are needed to further support access to justice in modern Scotland.

“We want a modern, forward-looking legal services regulation framework for Scotland that will best promote competition, innovation and the public and consumer interest in an efficient, effective and independent legal sector.”

The consultation closes on 24 December.