Scandal of barrister who informed on clients to police 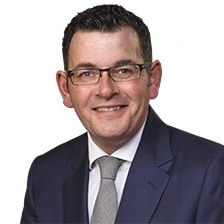 A criminal barrister has caused a scandal in Australia after it emerged that she was acting as a police informant about her gangland clients at the same time as she was defending them.

Senior judges condemned her “fundamental and appalling” breaches of professional obligations, which have thrown dozens of convictions into doubt.

The events in the state of Victoria were revealed in a newly published ruling of the High Court of Australia (HCA), the country’s supreme court, in a case involving the conviction of an underworld figure and six of his associates, who were jailed following a violent gangland war in Melbourne in the 2000s.

The unnamed barrister – known variously by the initials EF, as Lawyer X or as Informer 3838 – reportedly began meeting informally with police in mid-2003 and then from 2005 to 2009 acted as an official, registered informer.

She provided information that led to more than 380 arrests and convictions, and also helped facilitate police investigations by introducing criminals to undercover operatives. Further, she encouraged clients to plead guilty.

In a letter to Victoria Police in 2015, in which she sought more than the A$2.9m (£1.7m) compensation she had already received, the barrister – who has not practised since 2013 – wrote: “My motivation in assisting police was not for self-gain but was rather borne from the frustration of being aware of prolific large commercial drug trafficking, importations of massive quantities of drugs, murders, bashings, perverting the course of justice, huge money laundering and other serious offences all being committed without any serious inroads being made by police.

“I maintain… that anything told to me or said in my presence about crimes being planned or committed cannot ever fall under the protection of legal professional privilege by a client.”

She also detailed how the breaking point was when a major gangland client told her to ensure that another client kept his mouth shut and pleaded guilty.

The HCA was dealing with the question of whether these details should be made public, the culmination of several years of legal proceedings. It said the situation was possibly unique and “it is greatly to be hoped that it will never be repeated”.

The barrister’s actions in purporting to act as counsel for the defendants “while covertly informing against them were fundamental and appalling breaches of EF’s obligations as counsel to her clients and of EF’s duties to the court”.

As a result, the prosecutions were “corrupted in a manner which debased fundamental premises of the criminal justice system”.

Likewise, it ruled, the Victoria police “were guilty of reprehensible conduct in knowingly encouraging EF to do as she did and were involved in sanctioning atrocious breaches of the sworn duty of every police officer to discharge all duties imposed on them faithfully and according to law without favour or affection, malice or ill-will”.

The HCA said: “The public interest favouring disclosure is compelling: the maintenance of the integrity of the criminal justice system demands that the information be disclosed and that the propriety of each convicted person’s conviction be re-examined in light of the information.

“The public interest in preserving EF’s anonymity must be subordinated to the integrity of the criminal justice system.”

The court recognised that EF and her children were at “grave risk” of reprisals unless she entered a witness protection programme, which so far she had declined to do.

The court concluded: “It is of the utmost importance that assurances of anonymity of the kind that were given to EF are honoured.

“If they were not, informers could not be protected and persons would be unwilling to provide information to the police which may assist in the prosecution of offenders. That is why police informer anonymity is ordinarily protected by public interest immunity.

EF’s identity remains secret, however – although clearly known by those who are now receiving letters about their convictions – and the High Court said: “If EF chooses to expose herself to consequent risk by declining to enter into the witness protection programme, she will be bound by the consequences. If she chooses to expose her children to similar risks, the State is empowered to take action to protect them from harm.”

He added: “The public can have confidence that Victoria’s barristers are bound by a strict code of ethics under which their paramount obligation is to the administration of justice. They are required to display the highest standards of professional conduct and integrity at all times.

“The Victorian Bar holds its members to these standards, with a robust disciplinary regime which is administered without fear or favour.”

The premier of Victoria, Daniel Andrews, responded by announcing a Royal Commission into Victoria Police’s management of informants.